Andrew Bell (International Studies) published “Trump and the Problem with Pardons” on May 26, 2019 in The Conversation.

Maria Bucur (History/Gender Studies) presented in June both “Nationalism and Feminism in Interwar Romania: Alexandrina Cantacuzino and the Little Entente” at the Council for European Studies Conference in Madrid and “Sexual Violence as Humanitarian Global Crisis,” at Integrating Gender in the History of Humanitarian Aid: Europe (20th–21st century), a conference held in Angers, France. In August she delivered “Women Fighters: A Brief Historical Overview” at the opening of an exhibit sponsored by the Indiana Humanities Council in Jeffersonville, Indiana.  Her essay “How banning abortion will transform America,” co-authored with Kristen R. Ghodsee and appearing in Project Syndicate on May 15, 2019 (https://www.project-syndicate.org/commentary/alabama-georgia-abortion-laws-like-communist-romania-by-maria-bucur-and-kristen-r-ghodsee-2019-05) remained the number one trending piece for three weeks and appeared in translation in various publications in French, Spanish, English, and Romanian. A Romanian translation of Her Heroes and Victims (2009) has been published as  Eroi şi victime. Memoria războiului în România secolului XX. (Iaşi: Polirom, 2019).

Elizabeth Geballe (Slavic) has published “How is the Fly Fallen, Fallen: The Sacrificed Insects of Anton Chekhov and Katherine Mansfield” in Slavic East European Journal (63.1, Spring 2019.).

Halina Goldberg (Musicology) took a sabbatical in Spring 2019. As guest editor, Goldberg published a special issue of The Musical Quarterly entitled Jewish Spirituality, Modernity, and Historicism in the Long Nineteenth Century: New Musical Perspectives, which included her introductory article under the same title as well as her article “’On the Wings of Aesthetic Beauty Toward the Radiant Spheres of the Infinite”: Music and Jewish Reformers in Nineteenth-Century Warsaw,” which was awarded has been awarded the article prize of the American Musicological Society’s Jewish Music Studies Group for 2019. She is continuing her work on the Digital Scholarly Commons “Jewish Life in Interwar Łódź.” In June, she traveled to China where she delivered lectures on Chopin for Renmin University and for The Third International CCOM Piano Festival at Central Conservatory of Music in Beijing. Another invitation took her to Polin Museum of the History of Polish Jews in Warsaw, Poland, where she gave a lecture on “The Jewish Inn in the Polish National Ballet.” Upon her return from the sabbatical, she started her term as Chair of the Musicology Department and a one-year interim position as Director of the Russian and East European Institute at the Hamilton Lugar School of Global and International Studies at IU.

Kate Graber (Anthropology/CEUS) has co-edited (with Elizabeth Falconi) Storytelling as Narrative Practice: Ethnographic Approaches to the Tales We Tell (Brill, 2019), a collection of articles that includes her “’Syphilis Is Syphilis!’: Purity and Genre in a Buryat-Russian News Story.”

Padraic Kenney (History) has been appointed Associate Dean for Social and Historical Sciences and Graduate Education in the College of Arts and Sciences. He celebrated the 30th anniversary of the fall of Communism in Poland by participating in a roundtable discussion entitled “Europeans: Do we still feel that we have a common purpose?” at the European Solidarity Center in Gdansk.  He also delivered a keynote address at the Seventh World Congress of Polish Studies, also held in Gdansk.

Svitlana Melnyk (Slavic) and Veronika Trotter are co-authors/presenters of “Project-based Learning with Wikipedia in Advanced Russian Class” on TeachRussian.

Joanna Niżyńska (Slavic) is co-editor (along with Tamara Trojanowska  and Przemysław Czapliński, with the assistance of Agnieszka Polakowska) of Being Poland: A New History of Polish Literature and Culture since 1918 (University of Toronto Press, 2018), a comprehensive reference work that offers a unique analysis of the cultural developments that took place in Poland after World War One, a period marked by Poland’s return to independence, and serves to expose an international audience to the explosion of Polish literature and film that emerged in the twentieth century. The Polish translation of her Kingdom of Insignificance: Miron Białoszewski and the Quotidian, the Queer, and the Traumatic has been nominated for “the Best 2018 Book on Gender Award.”

Mark Roseman (History/Jewish Studies) delivered a public lecture entitled “Die Rettung der Geschichte. Hilfe für Juden im Dritten Reich aus unterschiedlichen zeitlichem Blickwinkel“ [The rescue of History. Help for Jews in the Third Reich viewed from different points in time] at the Fritz Bauer Institut, Frankfurt in May. The German talk can be heard online at: https://www.fritz-bauer-institut.de/audioarchiv/vortrag-mark-roseman-2019. With the Polish journalist and author Anna Bikont he took part in “History and memory of the rescue of Jews during the Holocaust – a meeting with Anna Bikont and Mark Roseman”, a public event at the Polish Historical Center PAN Zentrum für historische Forschung Berlin der Polnischen Akademie der Wissenschaften in Berlin in May. In June, he delivered a lecture entitled “Surviving with a vengeance? Fears and realities of Jewish Revenge after the Holocaust,” at the conference Gewalt im Nachkrieg. Postwar Violence 1945-1949, organized by the NS-Dokumentationszentrum in Munich. His Lives, reclaimed. A story of rescue and resistance in Nazi Germany appeared with Metropolitan Books in August.  In addition, he has been appointed General Editor for the Cambridge History of the Holocaust, a four-volume Cambridge History with roughly 110 contributors, projected to appear in 2022. He delivered “Teaching and Scholarship on the Holocaust in the United States” at the Atheneum in Indianapolis, an event featured in the Indianapolis-based Year of German-American Friendship that began in October, 2018. He also authored the op-ed “Finding inspiration in an anti-Nazi resistance group” that was published in the LA Times digital and print editions, on Sunday, September 15.

Veronika Trotter (Libraries) has published "A Digital Voice for Russian Rock: Perspectives on Digitization of Russian Rock Zines" in Slavic & East European Information Resources (Volume 20, 2019 - Issue 1-2: Digital Humanities in Slavic, East European, and Eurasian Studies). She and Svitlana Melnyk are also co-authors/presenters of “Project-based Learning with Wikipedia in Advanced Russian Class” on TeachRussian. In November, she spoke on digitization of Russian rock zines as a featured panelist at the on-line Non-Traditional Publishing Workshop, hosted by Blackboard Ultra. 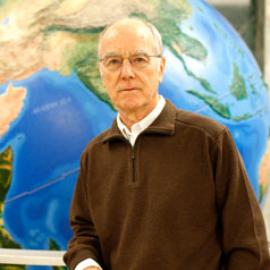 David Ransel, Professor Emeritus of History and REEI Director from 1995 to 2009 has been named recipient of the ASEEES Distinguished Contributions Award for 2019. View the complete story. 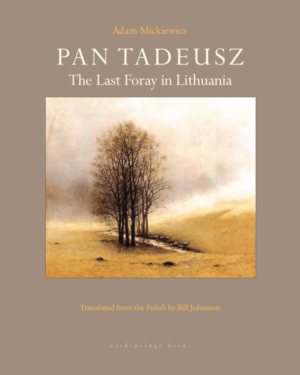 Bill Johnston (Comparative Literature) has been awarded was awarded the prestigious National Translation Award in the category Poetry granted by the American Literary Translators Association (ALTA) for his translation of Adam Mickiewicz’s Pan Tadeusz (published by Archipelago Books). View the full story.