Four Generations of American Scholarship on Russian Music: A Conference and Concert in Honor of Malcolm H. Brown’s 90th Birthday

By: IU Department of Musicology

On September 28 the Musicology Department, with support from the Jacobs School of Music Lecture Committee, the Russian and East European Institute, the Horizons of Knowledge Lecture Fund, and the Russian Studies Workshop, presented a one-day interdisciplinary conference and concert dedicated to Russian music in celebration of IU Jacobs School of Music Professor Emeritus Malcolm H. Brown’s ninetieth birthday.

Brown is widely seen as the father of Russian Studies in musicology. He was the first American musicologist to travel to the Soviet Union in the early years of the Thaw, doing so to prepare his dissertation on the symphonies of Prokofiev (1967). He went on to publish several influential books on Shostakovich, Mussorgsky, and other topics in Russian music. He is also the founding editor of the book series Russian Music Studies from Indiana University Press. Brown retired from IU in 1993 after 31 years on the School of Music faculty, most of them spent as chair of the Musicology Department.

Malcolm was over the moon!  Even though the day was very long for the ninety-year-young honoree, he did not want to miss a minute of it. He loved the diverse and thought-provoking presentations, and was deeply touched by the loving tributes delivered by former students who came from near and far and colleagues who arrived in Bloomington especially for the occasions, Peter Schmelz and Richard Taruskin among them. Like all the listeners at Auer Hall, he was utterly captivated by the riveting performances of two Shostakovich string quartets by the Pacifica Quartet and the Dior Quartet which concluded the day’s festivities.

In Malcolm’s honor, we have established the Malcolm H Brown Fellowship, which will be used to support a PhD student in our department. 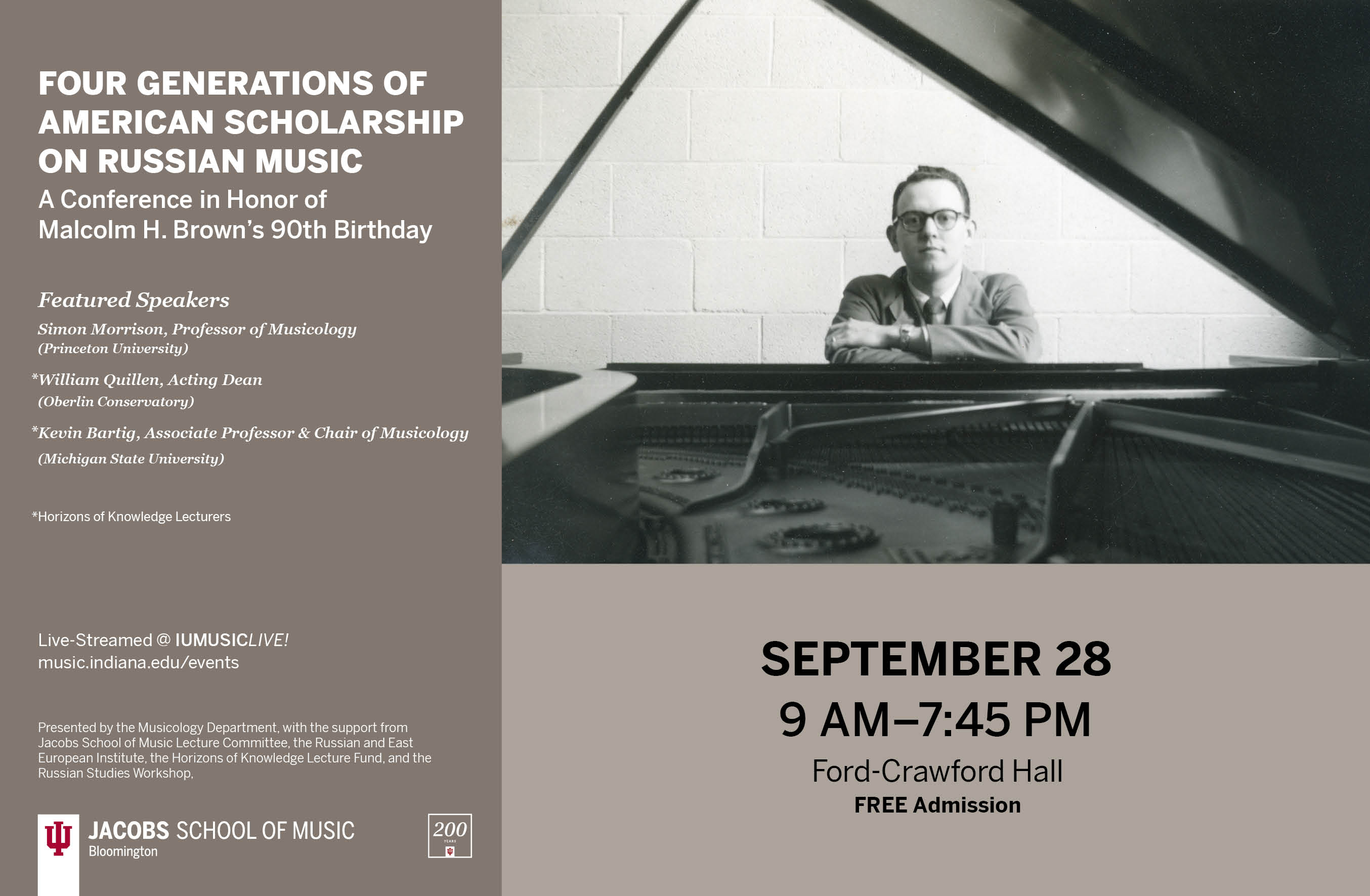