Writings on the Wall: The End of the Eastern Bloc in Cultural Memory

On November 11, REEI, the Polish Studies Center, and the Institute for European Studies (IIE) recognized the 30th anniversary of the fall of the Berlin Wall as hosts and organizers of Writings on the Wall: The End of the Eastern Bloc in Cultural Memory, an evening to recollect and reflect upon the watershed year of 1989. Director of the Polish Studies Center, Joanna Niżyńska, opened the event with introductory remarks before handing off to Frank Hess, IIE Director of EURO, who moderated a host of presentations from IU faculty Lászlü Borhi (CEUS), Maria Bucur (History), Craig Cravens (Slavics), Halina Goldberg (REEI, Musicology), Lukasz Siciński (Slavics) and Johannes Türk (Germanics) as well as testimony from on-the-ground witnesses to the events of 1989, including Elliott Nowacky, REEI Student Services Coordinator and HLS Military Relations Coordinator, who was stationed in Bavaria as a second lieutenant in the US Army when the wall fell.

An iconic landmark in modern European history, the fall of the Berlin Wall came to signify the radical transformations of Eastern Central Europe and the end of a Europe divided by the Iron Curtain. David Hasselhoff singing in the flashing jacket isn’t, however, the image that comes to mind of many Europeans whose lives were changed by the dissolution of the Eastern Bloc. The “fall of the Wall” in those countries meant a variety of developments, some of them very different in nature and preceding by several months (as in the case of Hungary and Poland) the momentous events of November 1989 in Berlin.

Participants in Writings of the Wall were asked to assess both the history of 1989 and its cultural resonances from today’s perspective of thirty years of a new European order. Each participant selected an artifact—a video or sound clip (film, documentary footage, music), a poem, a poster, a work of art, a photograph, or a material culture artifact that personally represents the cultural memory and status of the year 1989—for presentation and brief discussion.

Undeterred by the first snowstorm of the season, attendees filled to capacity the Faculty Room of the IMU University Club for Writings on the Wall. Is “1989” (still) considered a revolutionary departure for a brave new world of democracy? Has it reconfigured the meta-narratives of identity in the countries most affected by it? What is the symbolic capital of “1989” and how has it been fluctuating? The presenters and members of the audience engaged with such questions in a lively exchange of ideas during the informal, communal recollection of this monumental period of transformations. 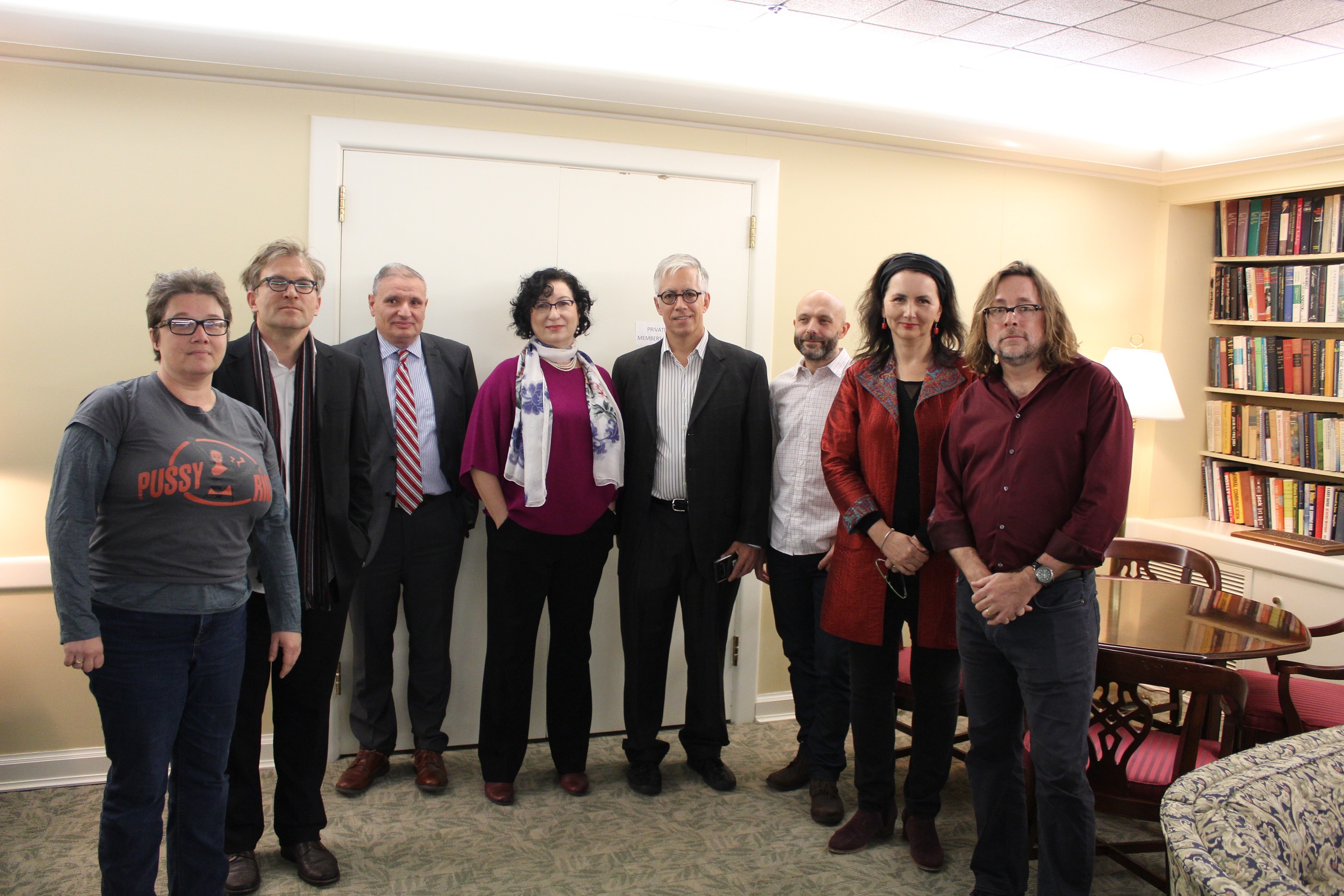