Maria Bucur (History) has published “The Romanian 2019 Presidential Elections. Populism on the Retreat” (December 5, 2019,) and “Romania in 2020. Fighting Corruption Just Got Harder because of Trump” (December 6, 2019) in Public Seminar. In January she her new project on veterans and citizenship in interwar Romania at the East European seminar at Vanderbilt University on 24 January and at the UC Berkeley Kroužek. While at Berkeley, she also gave a public talk entitled “The Feminism of Alexandrina Cantacuzino and the Little Entente of Women: A Historical Puzzle.” On Valentine’s Day she delivered the plenary address under the title “Domestic Violence as Hate Crime” at the Women’s Human Rights in the Twenty-First Century, a conference held in Strasbourg and hosted by the European Court of Human Rights. In November, 2019 the Romanian translation of her co-authored (with Mihaela Miroiu) Birth of Democratic Citizenship(2018)was be launched tomorrow, November 22nd, at the Gaudeaumus International Book Fair in Bucharest. She has also published “Sworn Virgins and Mothers of the Wounded: Balkan Women and the Great War,” in Bart Hacker and Margaret Vining, eds., Cutting a New Pattern. Uniformed Women and the Great War, (Washington, DC: Smithsonian Inst. Scholarly Press, 2020), 277-300 and “Time and the Virus. The Gender Norm Challenge,” in Public Seminar, March 27, 2020.

Aurelian Craiutu (Political Science) has received a National Endowment for the Humanities grant in support of his new book project, a sequel to his A Virtue for Courageous Minds: Moderation in French Political Thought, 1748-1830 (Princeton University Press, 2012) that will examine the tradition of political moderation and its connection to the rise of political democracy in France from 1830 to 1900.

Denvil Duncan (SPEA) has been named faculty chair of the Hudson & Holland Scholars Program. In his new role, Duncan will focus on developing and implementing a three- to five-year strategic vision for Hudson and Holland Scholars.

Kathryn Graber (Anthropology, CEUS) is one of five assistant professors to receive the 2020 IU Bloomington Outstanding Junior Award. The award identifies promising tenure-track faculty who have not yet been awarded tenure, and provides resources to further develop their research programs or creative activity. It is sponsored by the Office of the Vice Provost for Faculty and Academic Affairs and the Office of the Vice Provost for Research.

Ke-chin Hsia (History) was featured in the January 4 episode of the Slavic Connexion, a podcast series produced by graduate students at UT Austin's Center for Russian, East European, and Eurasian Studies. The interview, which addressed his interest in the late Habsburg Empire and his book manuscript, took place during the ASEEES annual convention in San Francisco in November 2019. It can be accessed at: https://www.slavxradio.com/aseees-hm. In January, he gave introductory talks in Taipei on two books that have recently been translated into Chinese and published in Taiwan: The Age of Globalization: Anarchists and the Anticolonial Imagination by Benedict Anderson and Tony Judt/Timothy Snyder Thinking the Twentieth Century by Tony Just and Timothy Snyder.

Dodona Kiziria (Slavic, emerita) has been providing valuable assistance to the newly founded IU Georgian Conversation Group in 2019-20. The author of definitive English-language book guides to the language, she hosted several lessons on tricky grammatical concepts and has otherwise regularly attended group meetings, even after it moved to ZOOM in the wake of COVID-19 measures at IU. "She always makes a point of engaging with everyone there, providing valuable practice for all participants," remarks Katharine Khamhaengwong, a graduate student in CEUS. "She has also provided us with Georgian resources including books, print-outs, and DVDs, and is an important contributor to our group's ongoing success​." In its online format, the group has expanded beyond IU to include students at other US universities, journalists working in Georgia, and several London-based scholars.

Alvin Rosenfeld (Jewish Studies/English) was interviewed by STMEGI, the Jewish information site in Moscow. The interview (in Russian) can be found at: https://stmegi.com/posts/77112/elvin-rozenfeld-vo-mnogikh-stranakh-nablyudaetsya-rost-napadeniy-na-evreev/.

Mark Roseman (History/Jewish Studies) was interviewed in the podcast series of the Athenaeum Review, University of Texas. Under the title “Rescue and Resistance: A Conversation with Mark Roseman,”the interview can be accessed at: https://creativedisturbance.org/podcast/rescue-and-resistance-a-conversation-with-mark-roseman/. On a visit to the University of Illinois in Urbana-Champaign In November, he gave the 2019 Rosenthal Lecture on "The Secrets of Solidarity: Helping Jews in the Holocaust" and with historian Peter Fritzsche "Antisemitism: Historical Perspectives." In April, he  was featured in an interview broadcast on the German radio station FSK. on the book program „Vorlese – aus Kultur Wissenschaft und Politik“ on the German station, FSK​. The podcast of the interview, in which he spoke about his recently published Du bist nicht ganz verlassen. Eine Geschichte von Rettung und Widerstand im Nationalsozialismus can be accessed at: https://www.freie-radios.net/101620. He has also been appointed to the Academic Advisory Council of the Institute of Contemporary History in Munich.

Tatiana Saburova (History) participated in the roundtable “Audio-Visual Sources of the Cold War and Pedagogy” at the ATSEEL Annual Conference, San Diego, February 7, 2020. She is also recipient of the 2020 Trustees Teaching Award.

Scott Shackelford (Business) has been appointed new director of the Ostrom Workshop.

Dina Spechler (Political Science) is co-author (with Martin C. Spechler) of the recently published Putin and His Neighbors: Russia’s Policies toward Eurasia (Lexington Books/Roman and Littlefield, 2019). She is also recipient of the 2020 Trustees Teaching Award.

Christina Von Der Haar (Sociology) is retiring after many years of service to IU. A specialist in the social aspects of media and the sole REEI affiliate faculty member in Sociology, she provided generous assistance with visiting Russian specialists in journalism and incorporated coverage of Russian, much appreciated by students, into the introductory sociology and sociology of media courses that she taught. REEI expresses its profound gratitude to Chris and extends every best wish for her retirement.

Regina Smyth (Political Science) was a featured panelist at  The Russian Power Vertical and the COVID-19 Challenge: The Trajectories of Regional Responses​, on an online panel discussion presented by PONARS Eurasia on May 22.

Joanna Niżyńska (SLAVIC) and co-editors Tamara Trojanowska, Przemysław Czapliński, and Agnieszka Polakowska won the inaugural 2019 AATSEEL Prize for Best Edited Volume for their  Being Poland: A New History of Polish Literature and Culture since 1918 (University of Toronto Press, 2018). According to the award citation, the work is “a once-in-a-lifetime volume—a publication for the ages—originally conceptualized and impressively executed. It sets almost impossibly high standards for future edited collections.” 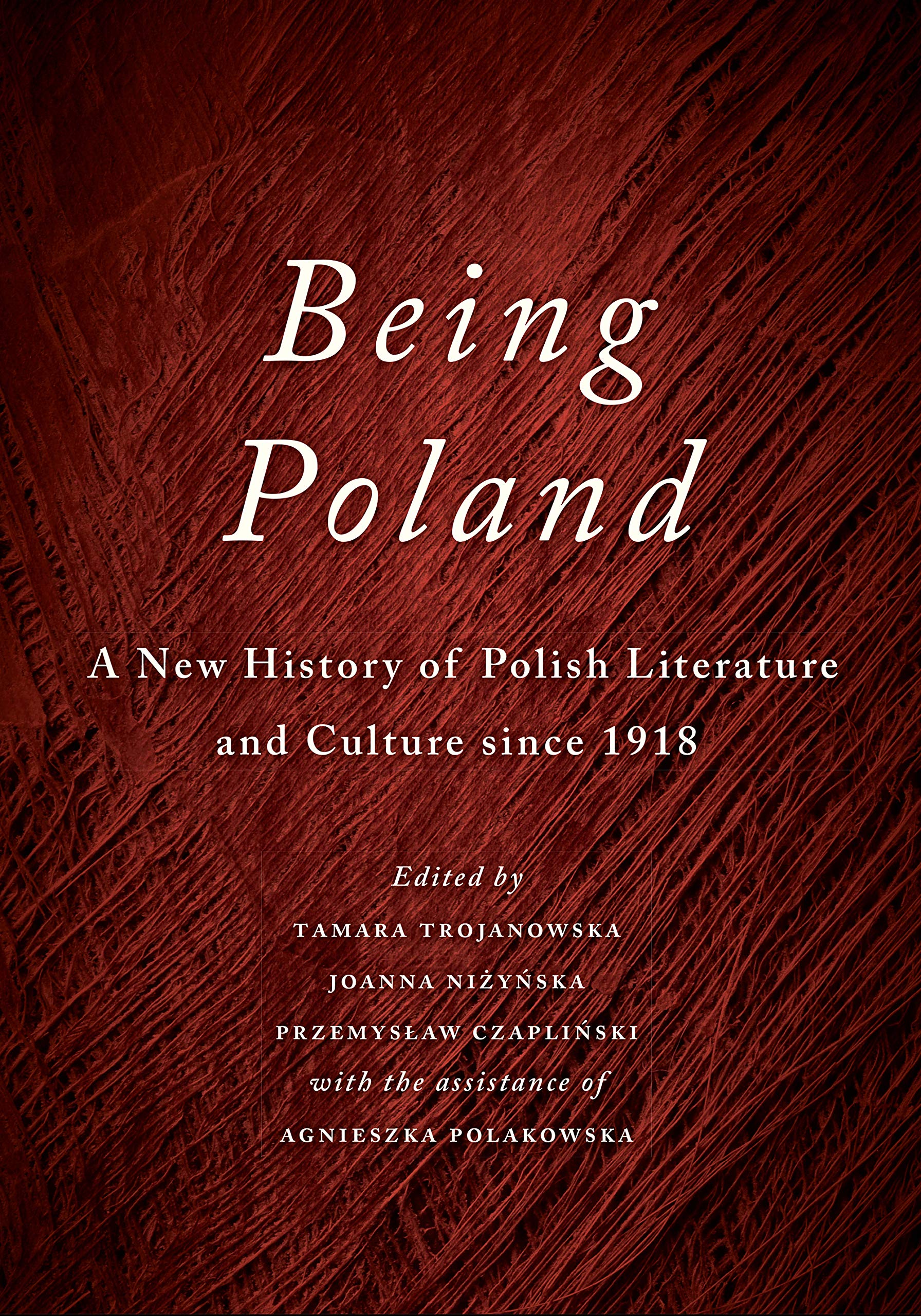 Bill Johnston (Comparative Literature) received the 2019 AATSEEL PRIZE FOR BEST LITERARY TRANSLATION for his translation of Adam Mickiewicz’s, Pan Tadeusz. The Last Foray in Lithuania (Archipelago Books, 2018). The work was praised as a rare “literary translation that can offer equal value in the research article, the classroom, and the private reading experience” and for “the consummate artistry of the translator” as “demonstrated in the seemingly unmediated experience of Mickiewicz’s own wit and lyricism.” 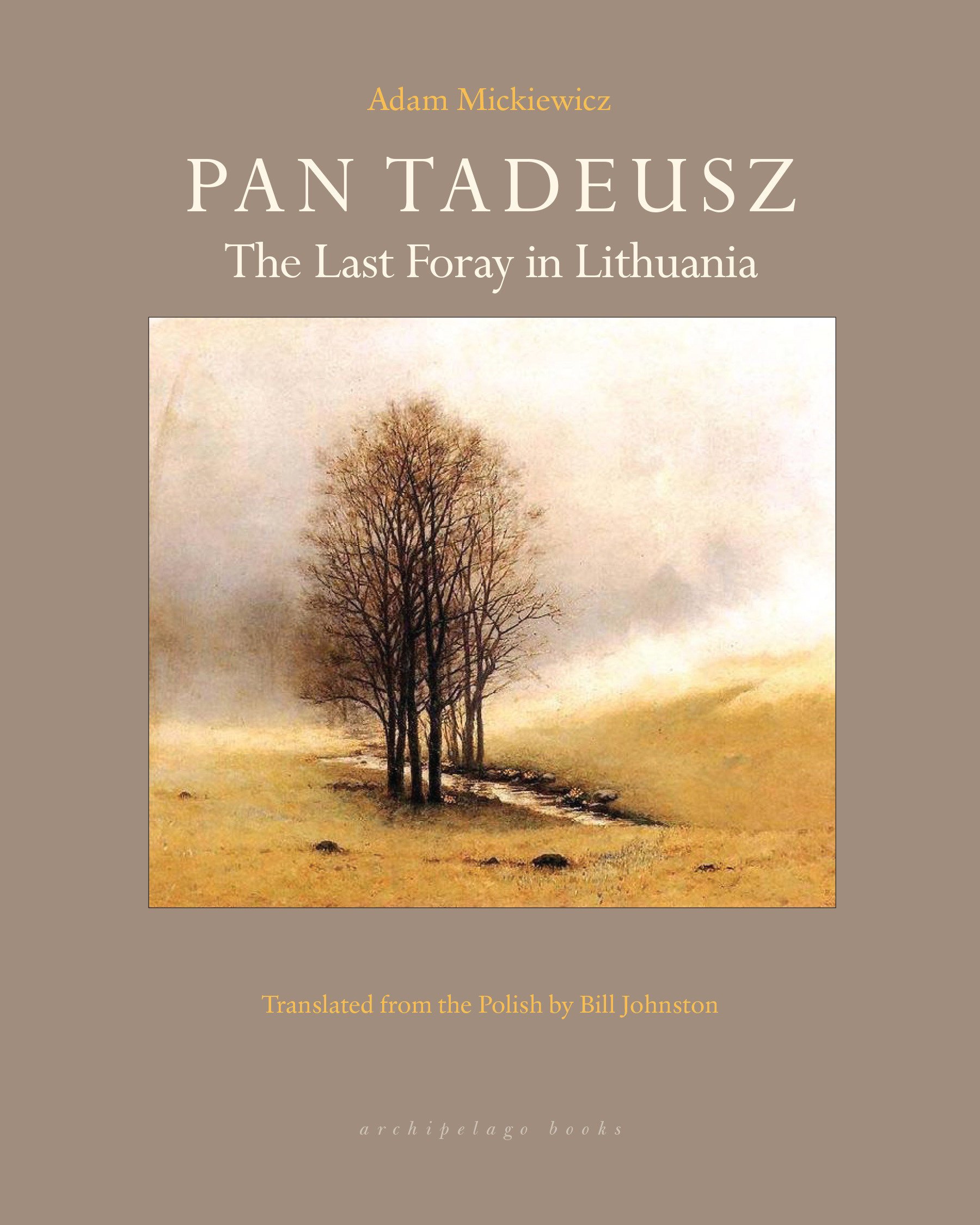 REEI warmly congratulates both winners on their triumphs!