REEI MA Student Kaitlyn Lee recently won our inaugural MA Essay podcast competition as part of the REEI-R 601 Interdisciplinary Colloquium in Russian and East European Studies taught by Halina Goldberg. Entitled “How a Language can be Political: The Story of Croatian,” the podcast examined the link between language and politics, using Croatian as a case study. Kaitlyn completed an internship at the US Embassy in Belgrade, Serbia in the summer of 2019 and was also awarded a Title VIII Fellowship to participate in the American Councils’ Balkan Language Initiative program this summer. She plans on completing her degree in December.

REEI affiliate faculty Justin Otten, John Romero and Justina Zając juried the competition. Our heartfelt thanks to each of them for making this competition possible and warmest congratulations to Kaitlyn, Bryce, and all the students who took part! 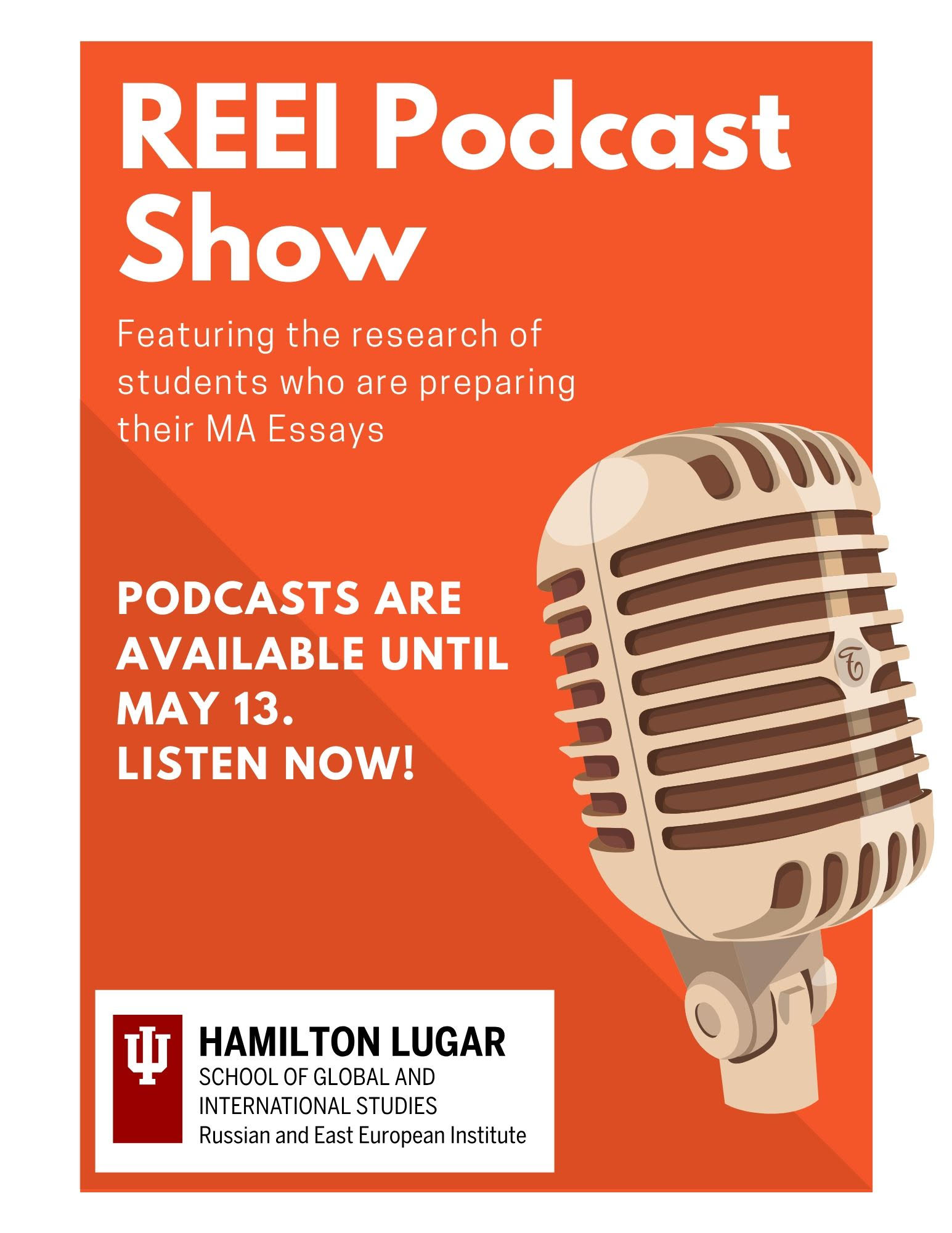