By: Mark Trotter and IU Office of the Vice Provost

An historic Martha’s Vineyard property once owned by American writer and political activist Max Forrester Eastman (1883-1969) will now provide Indiana University Bloomington faculty in the arts and humanities with a place to write and create. Once a vibrant gathering place for innovative writers, artists, and thinkers; the house will serve a similar purpose as a space for faculty artists, creative writers, and humanists who may apply for an Eastman Fellowship to support the completion of books or other projects as well as small retreats and conferences in this quiet and serene location. 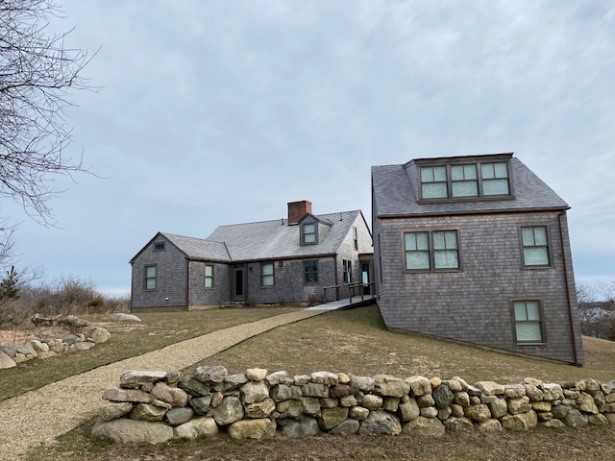 The Eastman House on Martha's Vineyard

Upon the death of Eastman’s widow, Yvette Szekely Eastman, in 2014, the IU received the Eastman family’s property and carefully restored and renovated the house. The university has fostered a relationship with the Eastman family over many decades. The Lilly Library acquired a set of Max Eastman’s papers in 1958, and subsequent acquisitions followed in 1971, 1985, and 1986. The Eastman collection continues to be of the Lilly’s most frequently consulted holdings (for a catalog see;  Eastman papers in Lilly Library) and served as a major source for Max Eastman: A Life (Yale, 2017) the most recent biography of Eastman, written by Christoph Irmscher, IU Provost Professor of English and Director of the Wells Scholars Program.

A prominent figure in the circle of leftist activists and artists that resided in Greenwich Village in the 1910s. Eastman edited The Masses, a groundbreaking radical political magazine. With funds that Eastman secured, John Reed travelled to Russia and witnessed the Bolshevik Revolution, collecting impressions and materials that served as the basis for his celebrated Ten Days that Shook the World, published in 1919 (in Reds, the lavishly awarded film about Reed’s life that was released in 1981, Eastman is played by the late Edward Hermann, better known in the role of Richard Gilmore in the television series Gilmore Girls). In the early 1920s, Eastman travelled  to the Soviet Union, where he lived for almost two years, marrying the painter Elena Krylenko (who remained his wife until her death in 1956), learning Russian, witnessing the power struggle between Joseph Stalin and Leon Trotsky, and forging a friendship with the latter that endured until Trotsky’s assassination by Stalin’s agents in 1941. He also obtained excerpts from the so-called “Lenin’s Last Testament,” purportedly dictated by the ailing leader of the Bolshevik Revolution roughly a year before his death in January, 1924. Addressed to a future Soviet Communist Party Congress, the testament is most notable for its unfavorable assessment of Stalin’s qualities as a leader and recommendation that Stalin be removed from his position as General Secretary. Stalin and his faction within the Party succeeded in suppressing the testament; however, upon his return to the United States, Eastman cited the document and the circumstances of its concealment in his Since Lenin Died (1925), and the complete text of the testament appeared in Eastman’s translation and with his commentary in the New York Times in 1926. 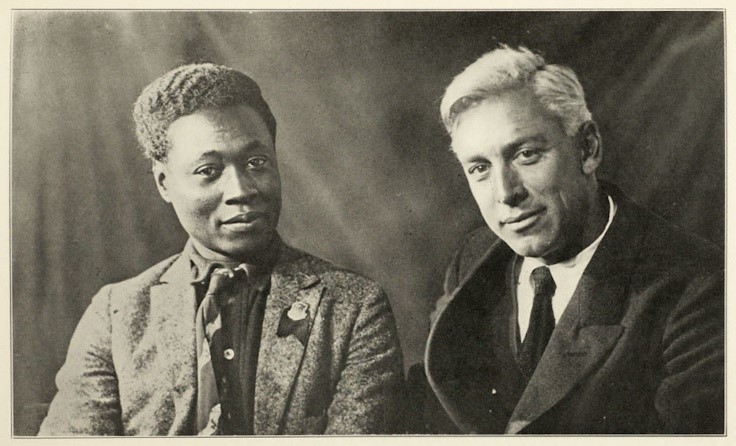 Max Eastman (right) with Claude McKay in Moscow at the 4th Congress of the Comintern, 1923

Over the course of his lifetime, Eastman authored more than 20 books, trying his hand at a broad array of genres that included poetry, journalism, cultural criticism, memoirs, biography, and philosophy. His published works also include translations from the Russian of Trotsky’s three-volume History of the Russian Revolution and the poetry of Alexander Pushkin. One of the first American radicals whose enthusiasm for the Soviet Union eventually turned to disillusionment, Eastman was an outspoken anti-communist by the 1950s. His Reflections on the Failure of Socialism appeared in 1955 alongside frequent contributions to the National Review and other conservative outlets. However, despite the conservative drift in his views, Eastman was among the earliest public opponents of US military involvement in Vietnam, and he remained a staunch atheist until his death in 1969.

Connections to both IU and Eastern Europe feature in the life of Yvette Szekely Eastman, whom Eastman married in 1958. Born in Budapest in 1912 to a Swiss French mother and Hungarian father, she experienced a rather chaotic upbringing. Relations with both parents were broken off very early on, and she ended up in the United States as a child in the company of her half-sister and stepmother, who supported the family by designing high-end lingerie and working the American culture beat as a correspondent for Hungarian periodicals. Through her stepmother, the seventeen-year-old Yvette met the American novelist Theodore Dreiser, an IU alumnus (though not a graduate) who had also visited and wrote about the Soviet Union. Despite an age difference of more than 30 years, the two soon commenced a love affair that lasted for 16 years until Dreiser’s death in 1945.

Before her marriage to Eastman, Yvette took part in the New Deal as a social investigator in the Emergency Relief Bureau and later worked with the Department of Welfare in New York City. In 1998, she wrote and published with University of 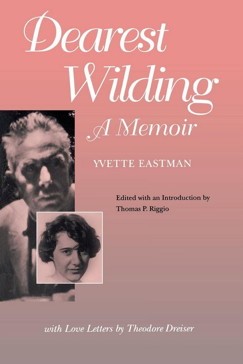 Pennsylvania Press Dearest Wilding (Dreiser’s pet name for her). Hailed by the New York Times as “a memoir as clear-eyed as anything penned by the celebrated American realist she loved, yet remarkably open-hearted and forgiving,” the book primarily focuses on her relationship with Dreiser but also recounts the significant events of her volatile childhood and adolescence while also providing vivid portrayals of New York intellectual life in the 1930s and 1940s.