Suzanne Ament (PhD, History, 1996; REEI Certificate, 1997) and Dr. Matt Oyos, both faculty in the Department of History at Radford University, have organized "World War II 75th Anniversary Series: Experience and Legacy," a year-long series that resumed in September in both live and virtual formats after a months-long hiatus due to the COVID-19 pandemic. The series has included a book talk by Ament on her recently published Sing to Victory: Song in Soviet Society during WWII (Academic Studies Press 2019).

Patrick Burlingame (REEI MA/MBA, 2008) has been serving as a Foreign Service Officer with the US Department of State since 2016 and is currently stationed in Astana, Kazakhstan.

Tyler Combs (BA, 2020, Political Science w REEI minor) is recipient of the Distinguished Hoosier Award. The Distinguished Hoosier award is granted by the governor to outstanding Indiana residents in recognition of their accomplishments or contributions to their communities. Combs was presented with the award on Tuesday, July 21, by Greenfield’s representatives in the state legislature, Rep. Bob Cherry and Sen. Mike Crider.

Evan W. Deal (BS, Business/REEI minor, 2013), published his debut epic fantasy novel, Lionheart: Book One of the Roots of Stone, in June 2020. Deal has also been working in consumer experience and marketing strategy for a Fortune 500 biotech company since graduation.

Michael Fassbender (MA, History, 1994; MA, REEI, 1998) has published a number of pieces of fiction over the last year: "The Cold Girl" in Re-Haunt, "In the Garden of Repost" in Scary Snippets -- the Halloween Edition, "But Together We Are Strong" in Horror Magazine, "Miroir de Vaugnac" in Dark Divinations, "Climax in the Vampire's Crypt" on the Page & Spine website, and
"Schattenlenker's Hidden Treasure" in The Nightside Codex.

Bob Fradkin, (PhD, Slavic Linguistics/PhD minor, Semitic Linguistics, 1985) has retired after 40 years of teaching Russian, Hebrew and Latin at the University of Maryland. In summer 2020, Fradkin and his wife moved to her native Antwerp, Belgium. His recent contributions to scholarship include a series of articles on a single stem verb system for Latin: a contribution to Ron Feldstein's Festschrift (2015), an article in Classical World (2017) and a forthcoming article in the online journal of the Classical Association of the Midwestern States (2021).

Allan Grafman (BA, Slavic, 1975) recently visited St. Petersburg, Russia where he reconnected with a Natasha Savchenko, a fellow student from Grafman's days as a participant in the CIEE exchange program in (at the time) Leningrad.

Andrew Jacobs (MA, History, 2014; PhD, History, 2019) spoke on American tourism and travel to the Soviet Union in 1956-1985, the subject of his doctoral dissertation, for Sean's Russian Blog, a podcast series based at the University of Pittsburgh. The podcast, released on November 9, is available here:

Ian Karanovich (BA, Geography, 2008; MA, REEI/MPA, 2012) is ​finishing a Master of Quantitative Finance degree at the University of Belgrade's (Serbia) Faculty of Economics with plans of relocating to Germany to work in investment banking. He completed a Master of Accounting degree at the College of William and Mary in 2016.

Vladimir Kozlov (MA, Journalism, 1999), a contemporary Russian/Belarusian writer and film director, reports that Three Comrades (2019), his most recent film, is now available in North America through Amazon atThree Comrades. For a review by Rotten Tomatoes is posted here.

Antonina Łuszczykiewicz (visiting student/scholar in 2017-2018) recently published Five Principles of Peaceful Coexistence in Sino-Indian Relations, her third book, as well as “What the timing of the US-India defense deal reveals” (with co-author Patrick Mendis) in the South China Morning Post (link),

Valery Perry (MA, REEI, 1994) has been living in Sarajevo for 20 years. Her documentary film, Looking for Dayton, was recently screened at the Sarajevo Film Festival.

Edgar Peyronnin (MA, REEI, 1990) retired as Director of Planning and Operations at Colorado State University, where he served in various capacities for 27 years. 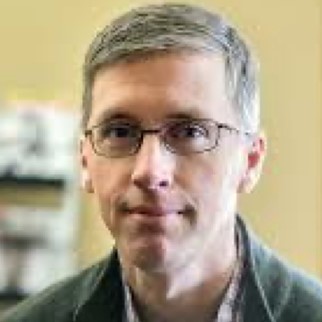 William Pyle (MA, REEI, 1992) is the Frederick Dirks Professor of International Economics at Middlebury College in Vermont. His research continues to focus on Russia, and while currently on sabbatical, Pyle is working on several projects related to the 1990s and the economic roots of Russian beliefs and political preferences.

Antonina Semivolos (MA, REEI & JD, 2014) presented "Digital Privacy Perceptions Through the Lens of Qualitative Interview" at Internet Communication: Multiformat and Multifunctionality, a conference held in Arkhangelsk, Russia in October, 2020. She is currently a PhD Candidate in the IU Media School.

David Tyson (MA, REEI 1994; MA, CEUS, 1995) retired from the CIA in 2020 after over 20 years of service, during which he worked in various parts of the world, including Central Asia and South Asia.