Nicholas Jackson studied Comparative Politics and Cultures at Michigan State University and is one of REEI’s 2019 graduates. His research interests lie in the diverse political sphere of Bosnia-Herzegovina. When Nick isn’t researching, he enjoys spending his time outside of REEI in the music studio.

If you walk into Bloomington’s Bishop or Blockhouse Bar, you might just see REEI’s Nick Jackson on stage—on strings or drumming away in the back. Nick began to dabble with musical instruments when he was about 10 years old, when he had “the patience and the time.” His mom had a guitar and influenced him with her tastes in Motown and soul while his dad was “big into classic rock,” pushing him toward the innovative Jimi Hendrix. Intrigued by his parent’s musical choices and internally driven, Nick now plays drums, bass, guitar, bouzouki, “practically anything with strings,” and sings. He writes and plays often, sometimes four nights a week and even recently recorded three albums, which he plans to release in the near future. Nick attributes his recent musical boom, however, to the atmosphere and people he found in Bloomington.

Nick Jackson plays the bass on a cover of Judas, written by Esperanze Spalding

Originally from Metro Detroit, Nick became interested in the Hamilton Lugar School of Global and International Studies through the recommendation of a friend and the lasting impression of his undergraduate education. Nick had taken an undergraduate class at Michigan State where his Romanian professor highlighted Western media perceptions and representations of Eastern Europe through documentaries, news media, and travel guides. This course opened his eyes to the multi-cultural, multi-national region of Yugoslavia and, incidentally, the phenomenon of Yugonostalgia. He became “obsessed” with the third way concept and with multicultural Bosnia, traveling through the former Yugoslav states after he received his undergraduate degree. He found the people there friendly and happy to talk about their experiences, and found the diverse architecture of the area to be just as engaging, reflective of everything “multi” about the region. “Just walking down Ferhadija in Sarajevo you could see Ottoman, Austro-Hungarian, and Communist architecture all at once.”

In 2017, Nick started in REEI with a focus on politics in Bosnia and Herzegovina. His 2019 MA essay, “‘A State of the Serbian People:’ Dodik, the SNSD, and Sustaining Populism in Bosnia-Herzegovina’s Republika Srpska,” addresses his interests in politics and regional diversity. “I wanted to write about interactions across ethnic lines and the politicized and false nature of ethnic hatred—because, when I was there, no one cared about ethnicity, they just wanted a job. The economy was their main concern, but modern politics played on wartime narratives of identity.” In his thesis, which was supervised by Prof. Regina Smyth of the Department of Political Science, Nick wrote on the political strategies of Milorad Dodik, current Bosnian Serb member of the BiH Presidency and leader of the SNSD (Union of Independent Social Democrats) party. Nick’s essay considered how that party reflects a trend in Bosnian politics towards populist appeals, facilitated by the consociational power sharing system of the Bosnian (Dayton) constitution. Nick stipulated that the party, and especially Dodik, uses the existing political system, a complex bureaucratic apparatus with rotating mechanisms of power, to capitalize on perceptions of national identity. Says Nick: “Defending each constituent people is a strategy used by leaders of all three constituent peoples (Bosniaks, Croats, Serbs) to define who belongs and who doesn’t…those in charge are using similar wartime messages that were popular in 1995. But most of the young people in Bosnia are aware of this. They don’t hate one another inherently.” 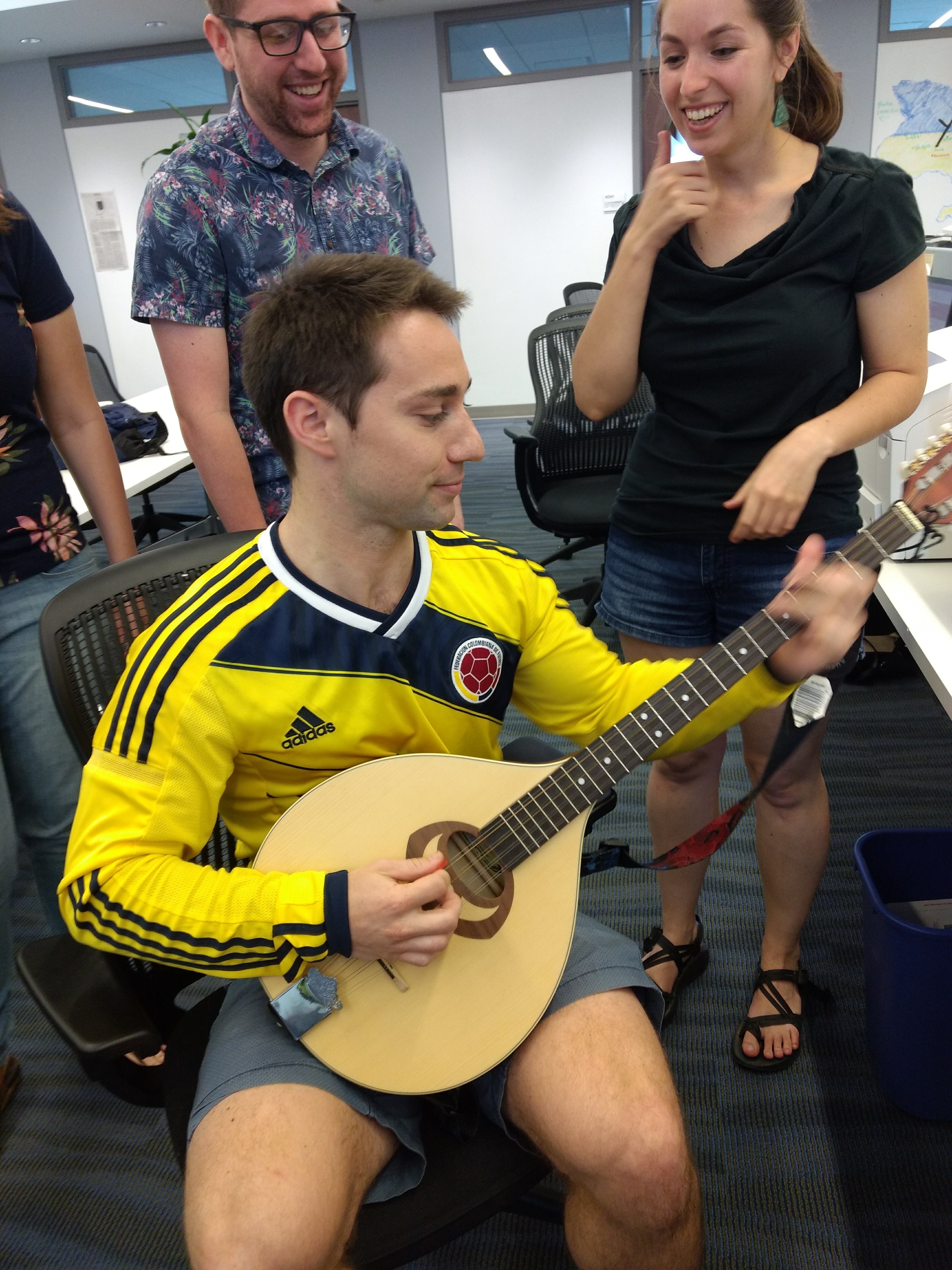 This love of interaction with his peers the world over and his nurtured love of music led Nick to connect with a musically-minded cohort at IU. Alongside Nick, Sam Ramirez, Nate Bercovitz, Luke Brown, Amine Khalfallah, and Nathan Roseboom make up the band Spice Cowboy. “Cowboy is singular, not plural, and if you look at the images of the cowboy on our EP, Wild, Wild, Midwest, it’s a girl, not a guy.” Spice Cowboy enjoys challenging gender norms, and promotes ambiguity in gender, ethnicity, and progressive social values. The musicality of Spice Cowboy is difficult to define. “Musically we’re neo-soul or R&B with a little bit of psychedelia. I, personally, love old samba and Afro-beat music. All our tastes are a little eclectic, but somehow our music doesn’t sound like that.” Between “deeper messages” embedded in the lyrics of Spice Cowboy and routing his musical creativity and energy, Nick feels like he is accomplishing something with the band. “There are many writers, so we all contribute. The music is generally about our relationships, romantic or otherwise.”

Nick is also a founding member of the band King Dingus with Sam Ramirez and Elijah Heath. “Alex Baker, my friend and a student at HLS, used the word ‘dingus’ all the time. It means ‘idiot’ or ‘goofball,’ but it’s endearing. Then we just had to choose between ‘King’ and ‘Doctor.’”  The band, whose name was influenced by Nick’s laid-back, positive attitude toward most things in life, will soon release its first EP. The music on the new album criticizes social judgment and social interaction, boasting titles like: “Please don’t text me, I have a boyfriend.”

Nick is currently at work on a number of solo albums under the name Balkanist Discourse. He generally prefers the studio setting to the many house parties and bars he regularly plays. “My songs comment on my frustrations with social media, social and gender norms, and superficiality, but I always want the music to be interesting too. I don’t ever set out with a goal, but enjoy a pseudo-esoteric Buddhist philosophy- just be. If we can talk about the things that are important, that’s great, but my music is not entirely about that.”  Nick has open career plans after his graduation this spring. “I might move to Washington D.C. or somewhere like Chicago to help open up my opportunities. I’ve also been tracking a few jobs in D.C. with NGOs and the government. We’ll see what happens there—but music will happen wherever I go.”