I took Siberia: Russia's Wild East to satisfy the intensive writing and history credits I needed for my degree, and I am so glad I did! I am a biology/pre-optometry major and this is the first history class I've taken at IU. I went into the class with zero prior knowledge of Siberia and left with a deep appreciation for the land and the people who call it home. I loved the class so much!

I focused my research on the decline in usage of Buryat, a Mongolic language that is spoken by people from the Autonomous Republic of Buryatia and its surrounding areas. Within my research, I covered the history of Buryat people, language policies of the U.S.S.R., and current issues that are affecting the revitalization of Buryat usage.

From 2015-2016, I served as a Fulbright English Teaching Assistant in Tomsk, West Siberia. While in Tomsk, I enjoyed many of the museums the city had to offer and began to learn more about the history of Tomsk and Siberia in general. This sparked my interest in learning more about Russia's Asian regions. While at Indiana University, I took courses on the history and culture of Siberia and the Far East taught by professors such as Dr. Tatiana Saburova and Dr. Kathryn Graber. My final essay topic focuses on the similarities between indigenous suicide rates and indigenous language knowledge among populations of the Arctic, comparing Canadian and Russian indigenous populations. 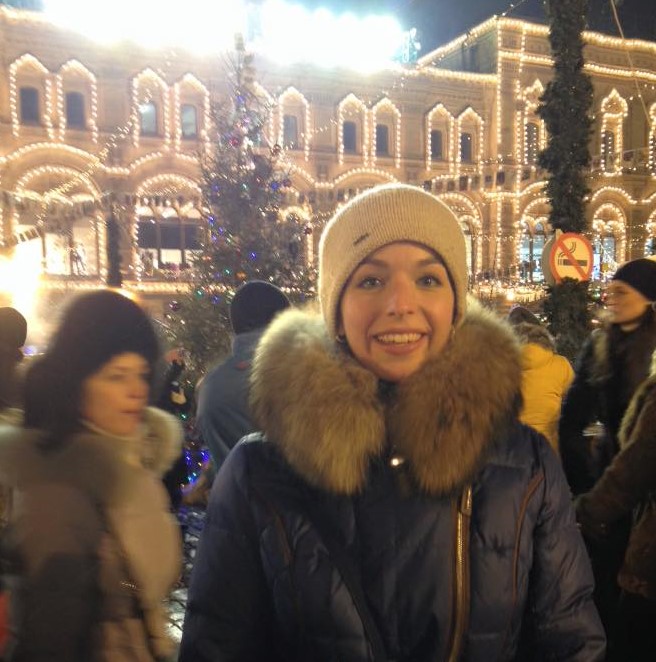 My name is Alex McGrath, I am a first year doctoral student in linguistic anthropology and currently an affiliate at the Russian Studies Workshop. My research focuses on minority-language politics and publics in Siberia, with a specific focus on the ways that post-Soviet social processes have shaped language transmission and practice. I am interested in the ongoing cultural, economic, and linguistic transitions unfolding throughout Siberia, attending to the ways that linguistic ecologies of urban space and ways of speaking minority languages have responded to these shifts. My research is animated by questions about the production and circulation of minority language media, the affective relationship between minority language speakers and the state, and the ways that notions of vernacularity and linguistic competence figure in speaker’s life narratives and relation to place. My current set of research interests descends from the core questions I found myself asking throughout my previous research project on language ideologies and nostalgia in Yiddish language classrooms in Poland.

My research is devoted to understanding the relationships between the Russian and Chinese communities on the Russian Pacific littoral in the closing decades of the Tsarist Empire. This region is defined more by its cultural richness than the porous border that imperfectly marked it as an imperial frontier. The idiosyncrasies of the region provides a fertile arena for observing how Russianness was articulated and practiced in a space so far and different from European Russia.