[This Is How We Talk: Hurtful Words and How to Avoid Them] 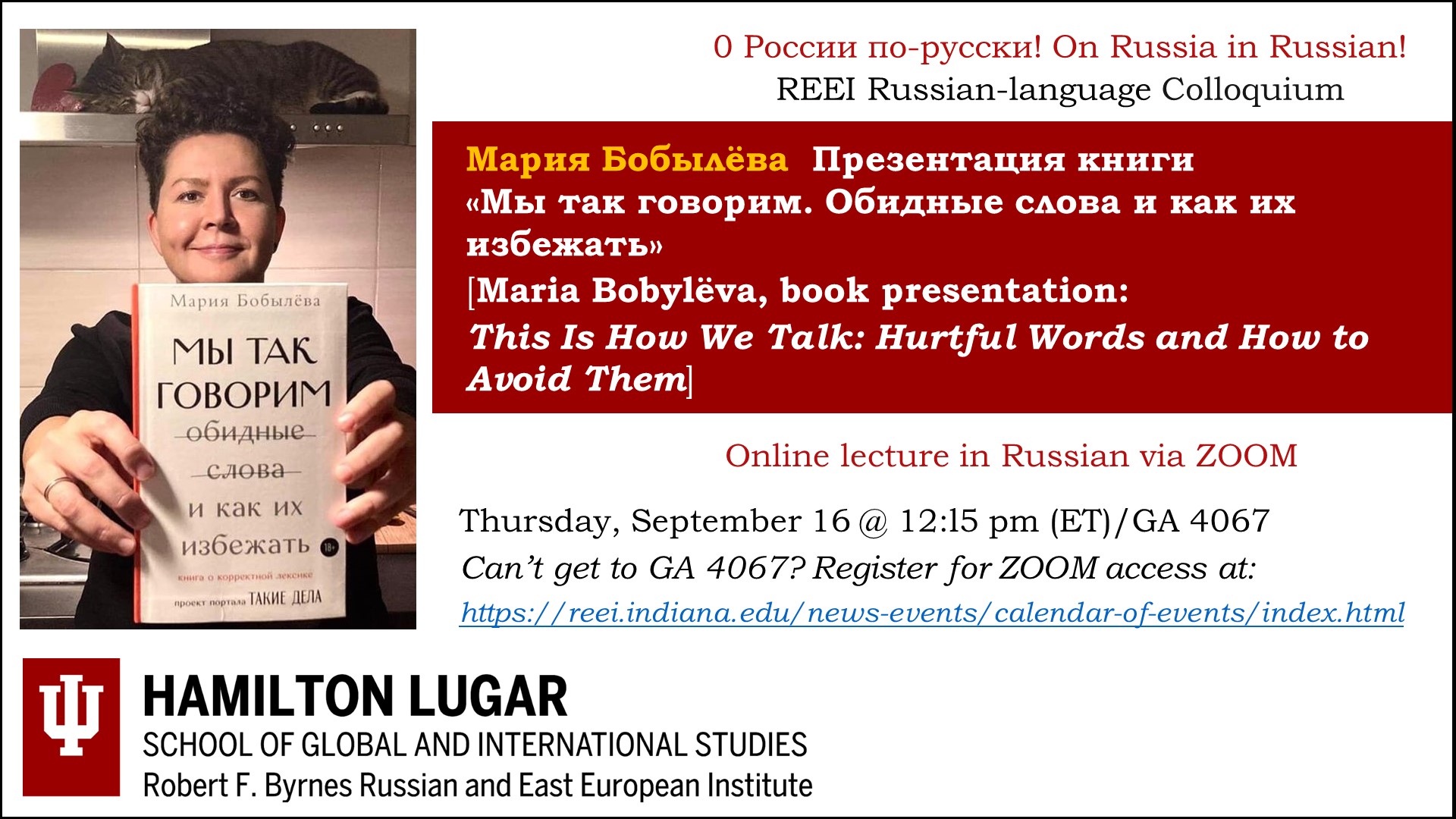 [Sustainable Development in the Russian Arctic and Far North] 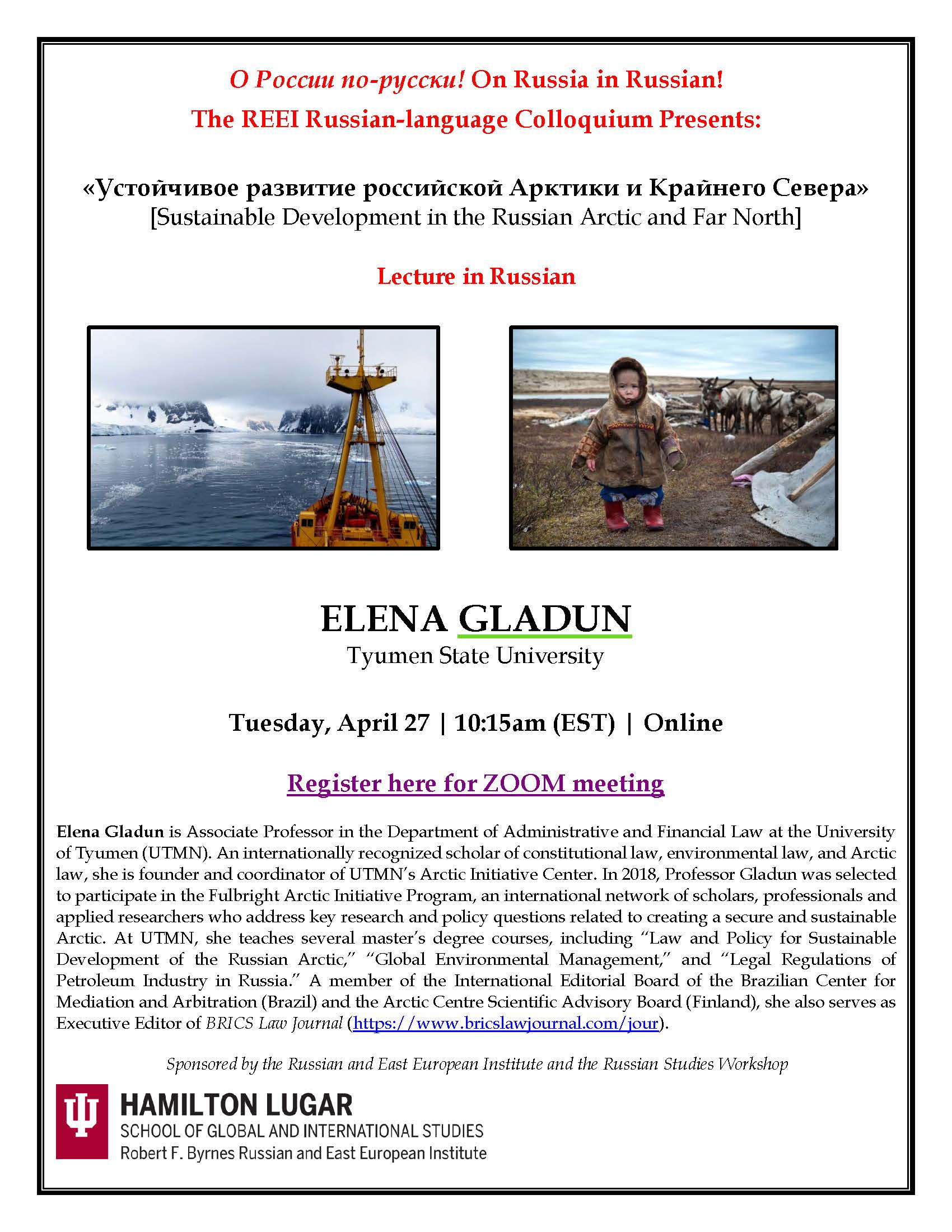 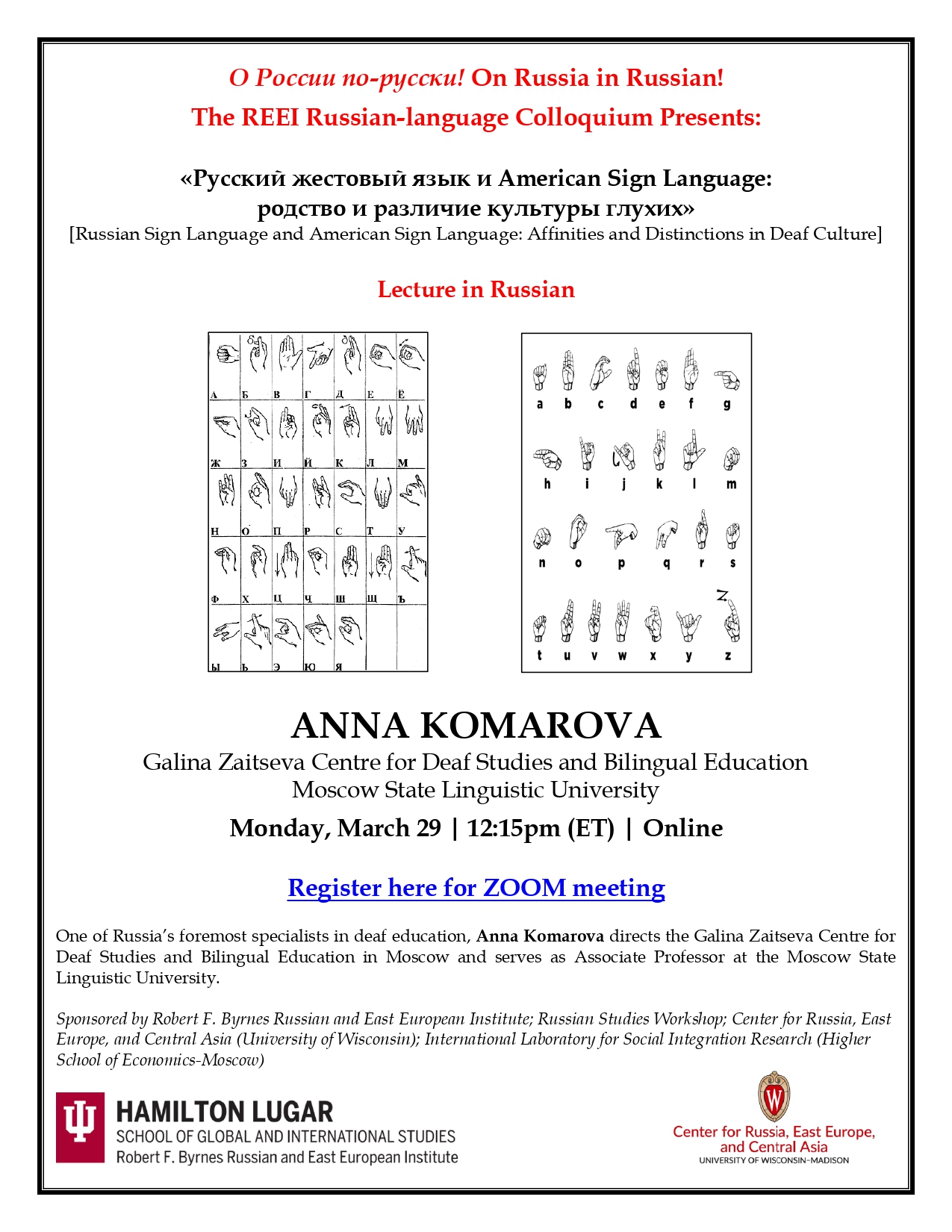 ["We're all for it, of course, but what is it exactly": on the value and indeterminacy of inclusion in contemporary Russia] Lecture in Russian 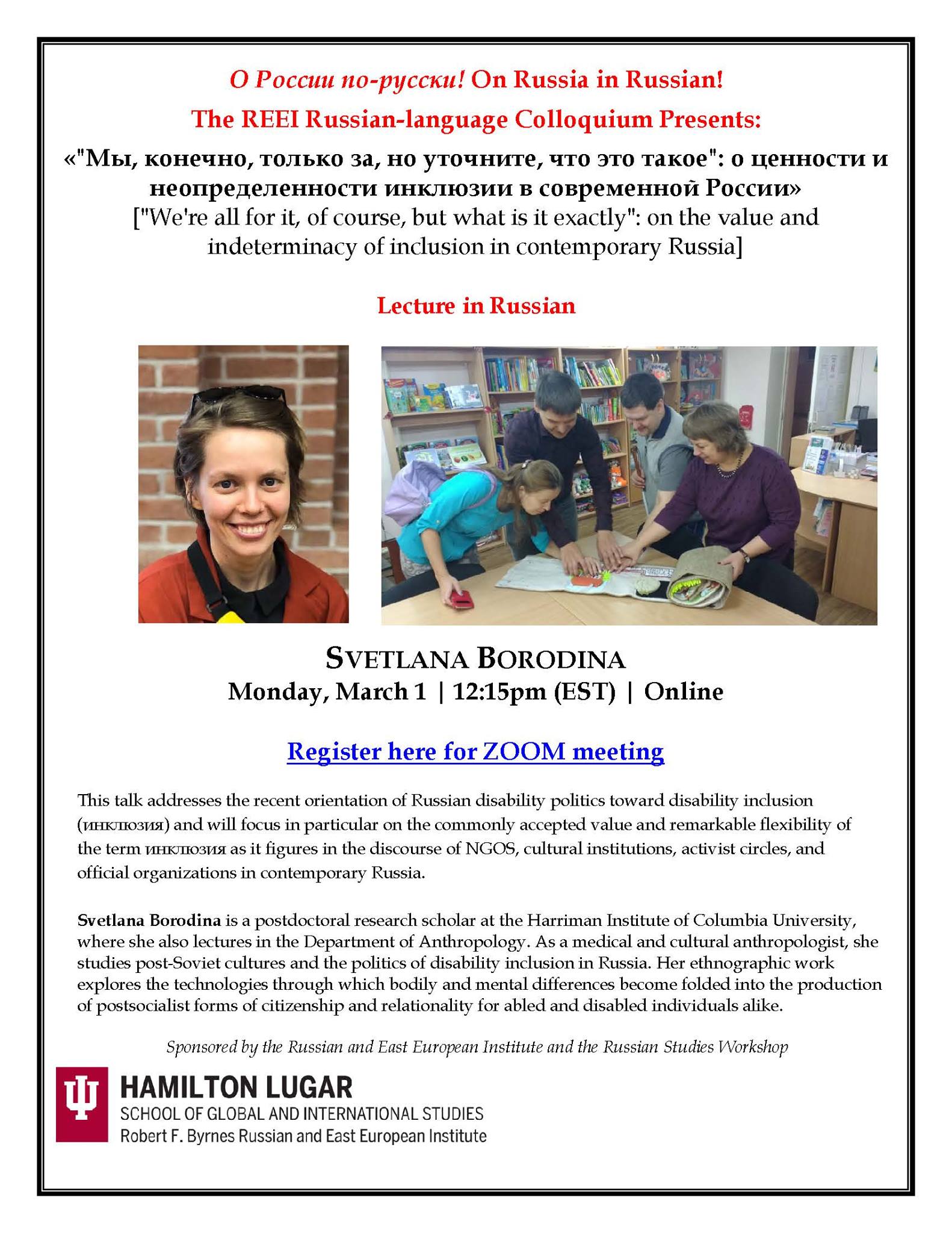 [What Do Russophone Users Look for in Wikipedia and Why?] 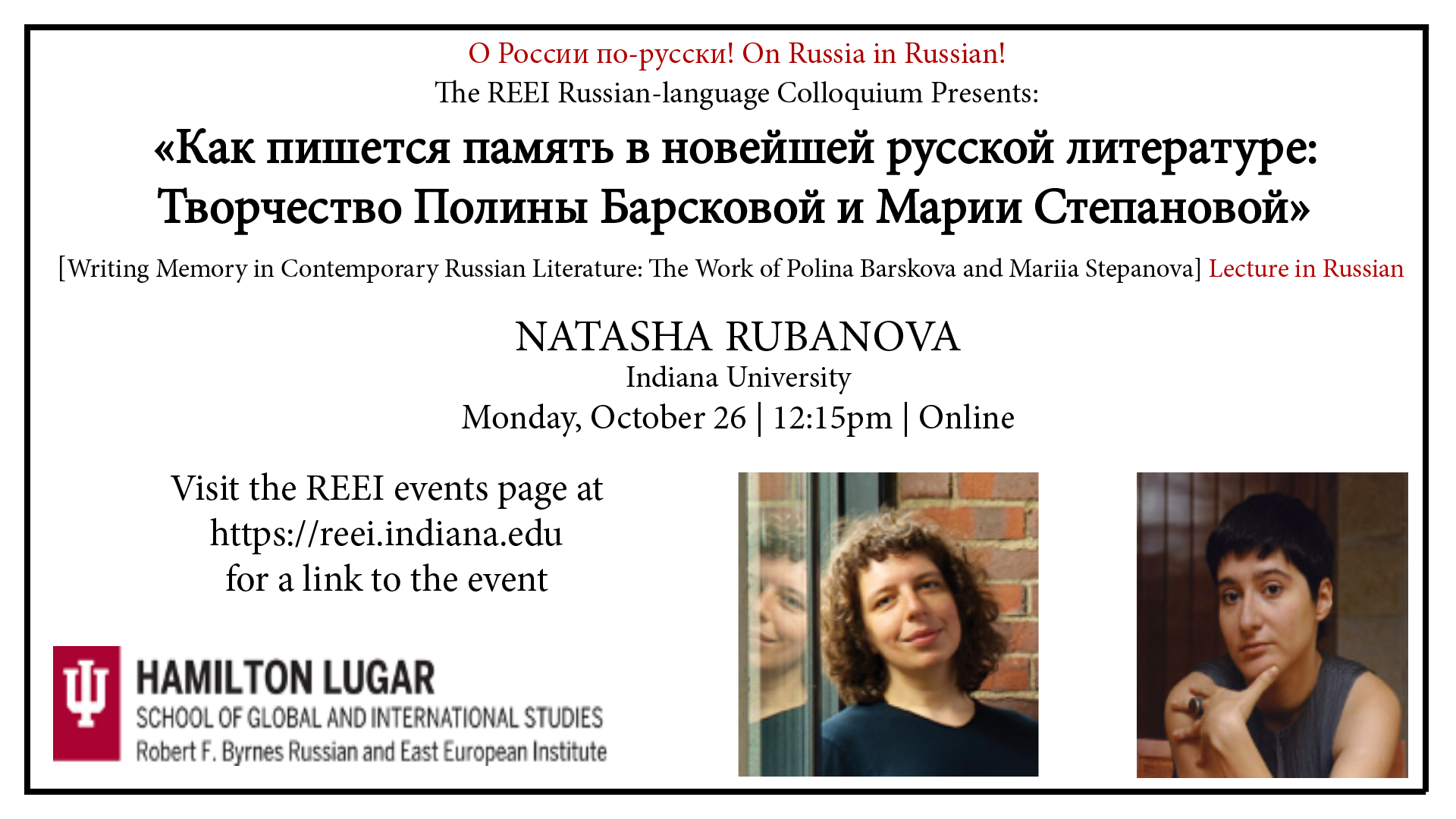 [To the Land of Milk and Honey: Uyghur Migration from China into the USSR during the 1950s and 1960s] 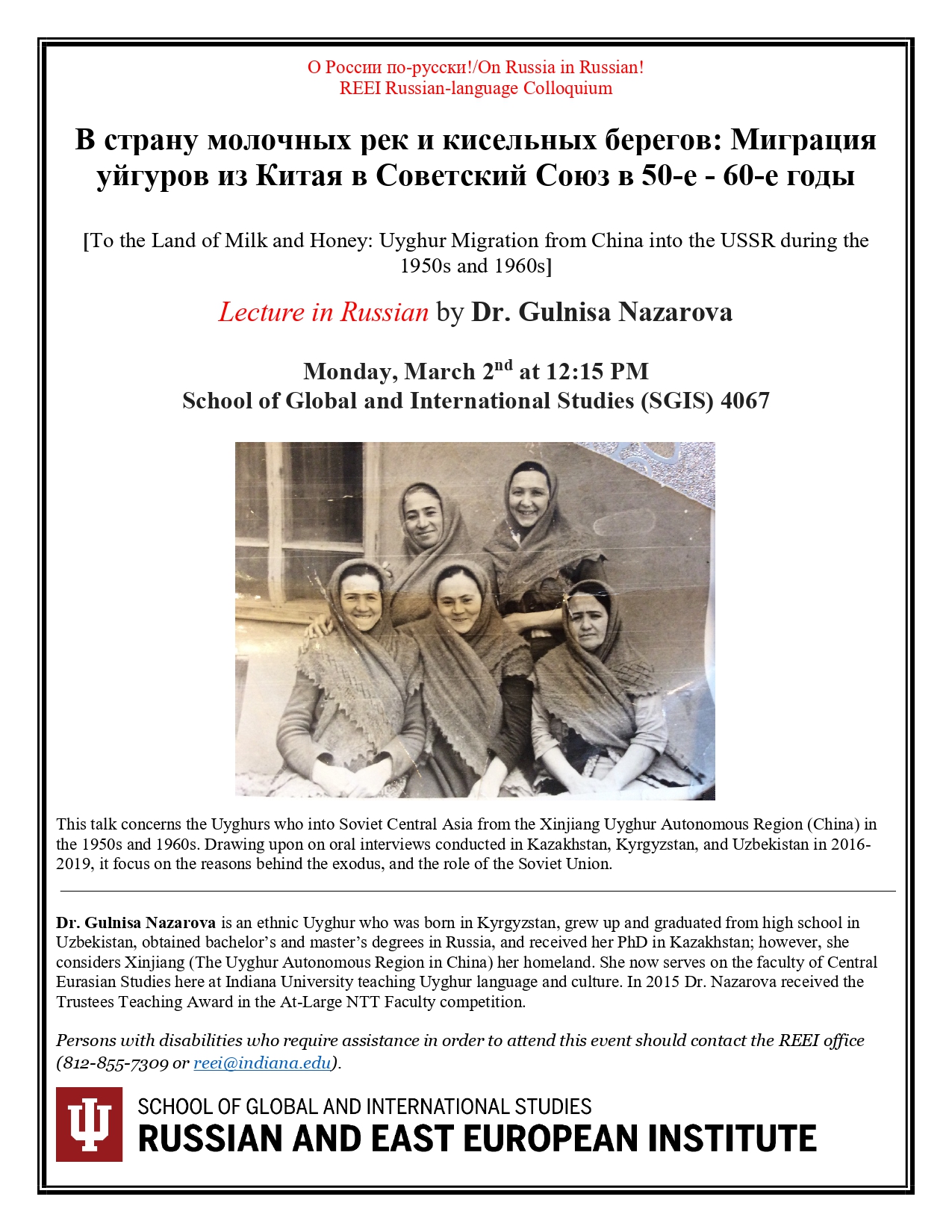 [New Roles and Statuses for Georgian and Abkhazian Women] 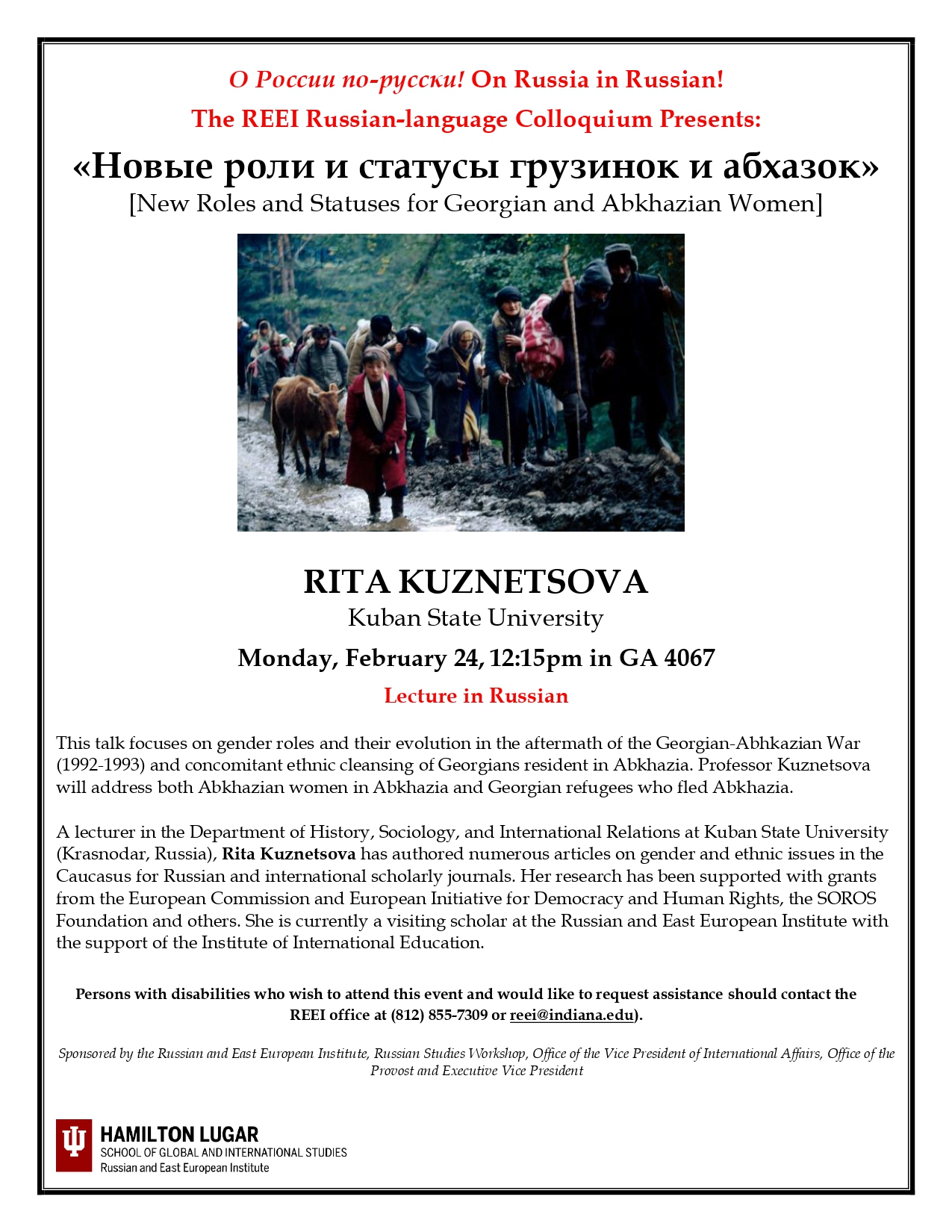 [The Political Economy of Regional Debt in Russia] 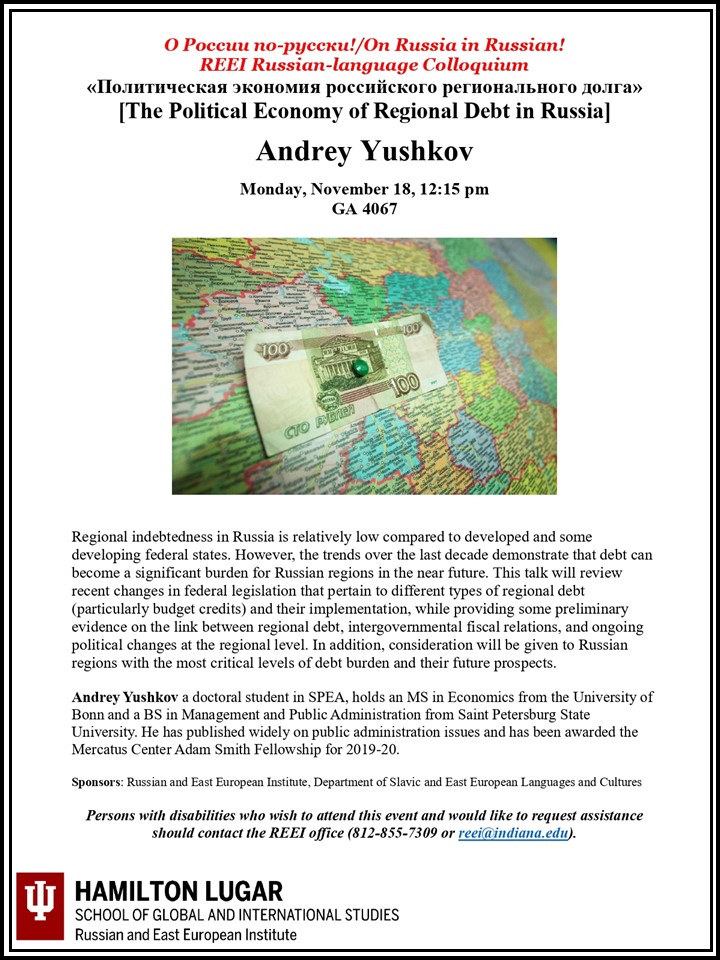 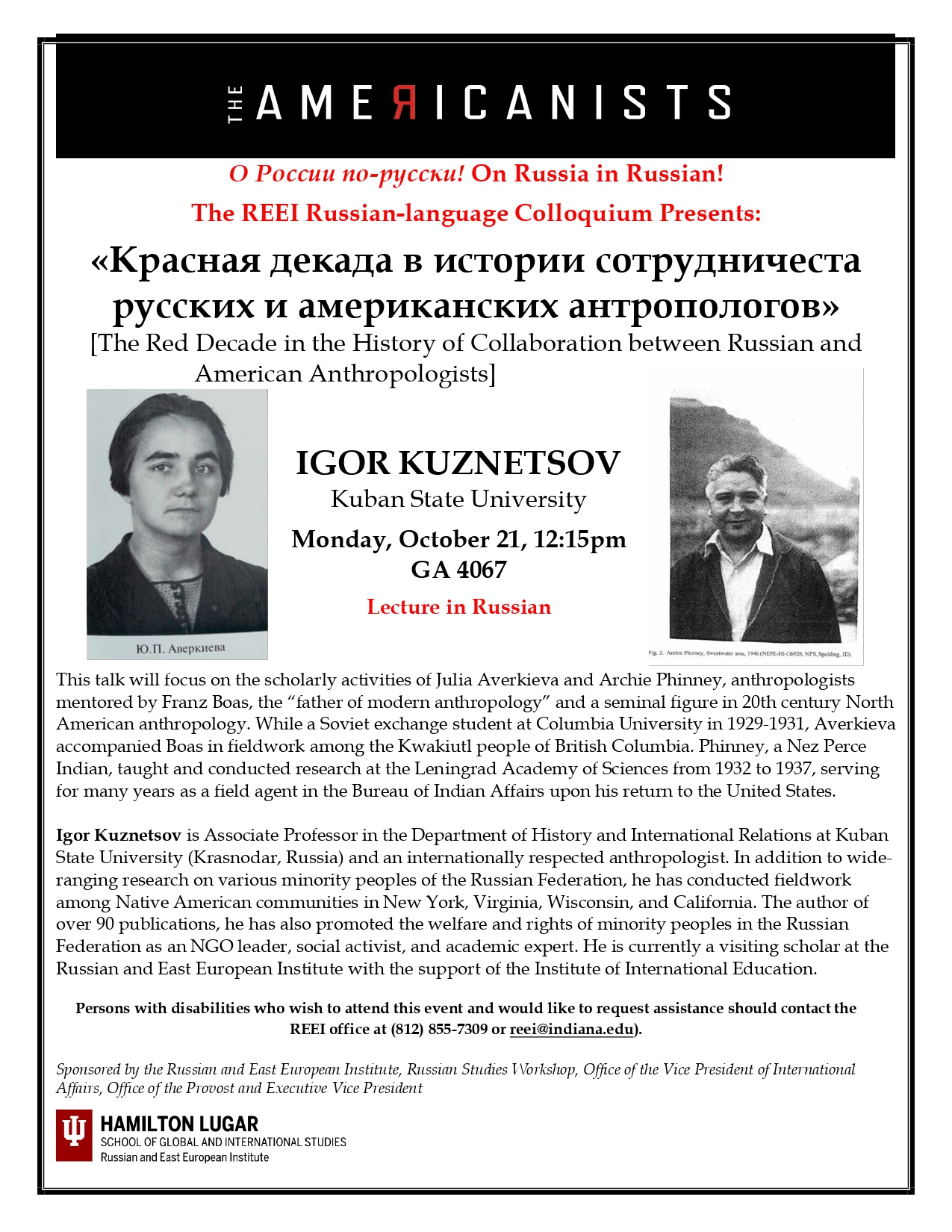 [Between Public and Private: Youth and the Quest for Civil Society in Contemporary Russia] 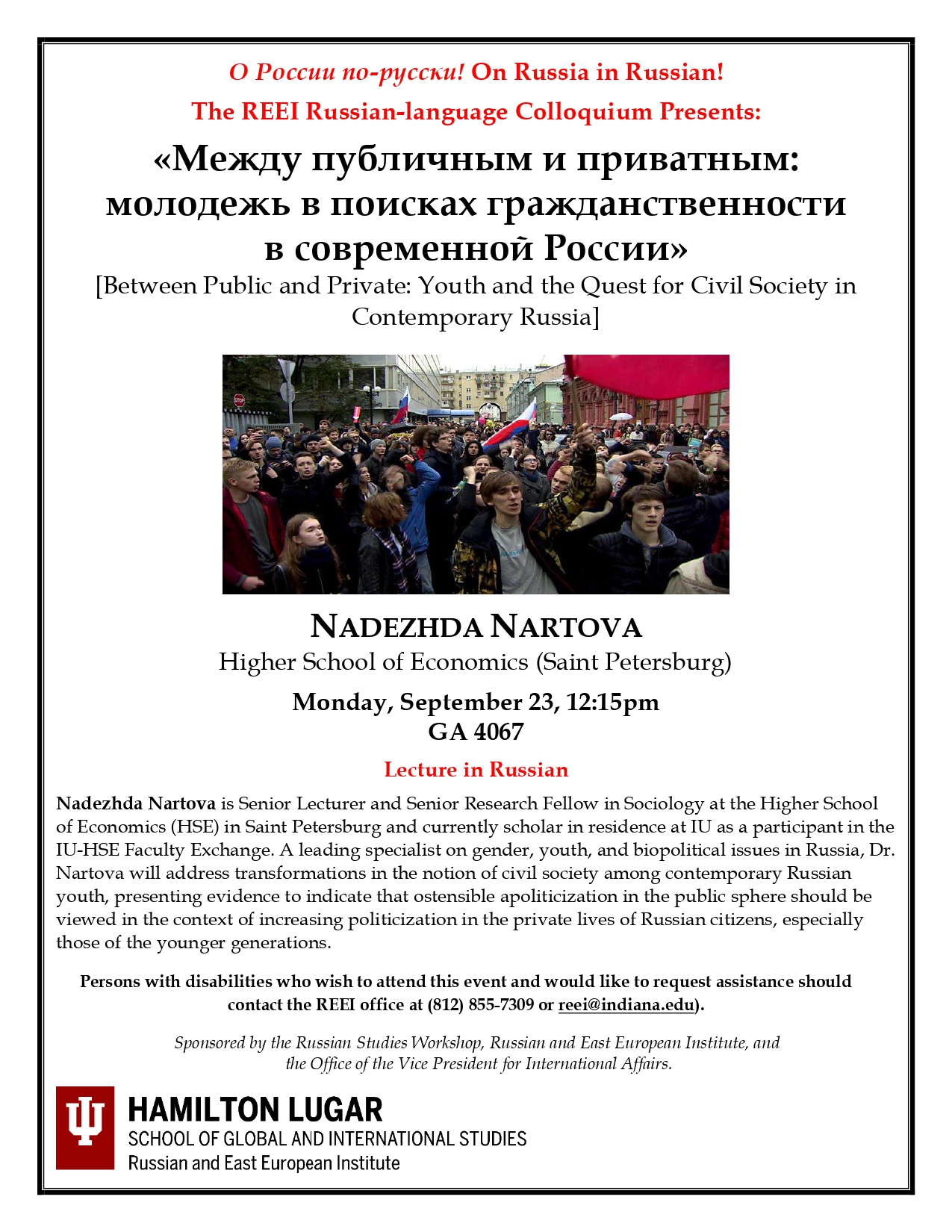 [Dancing in the Dark: Russian Queer-Politics Then and Now] 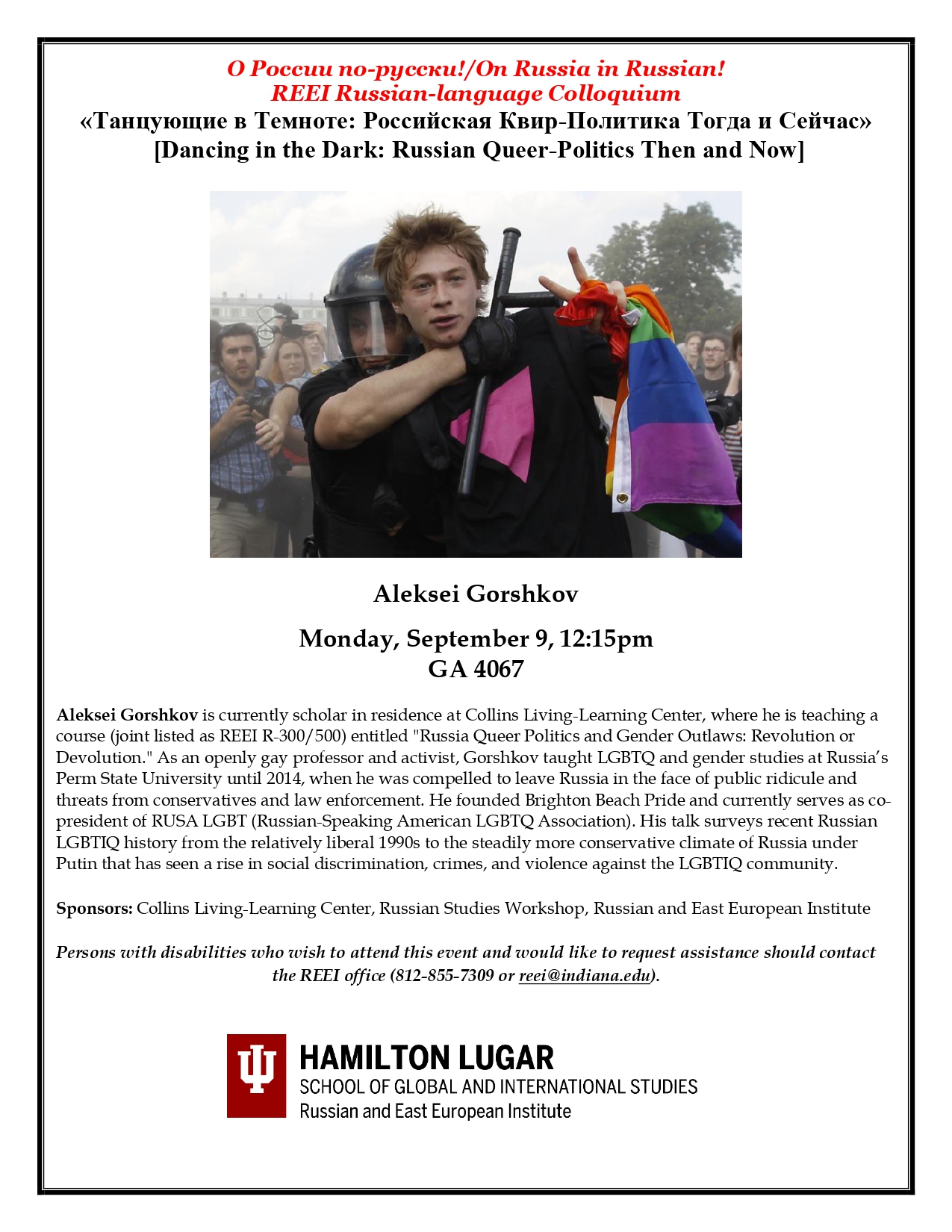 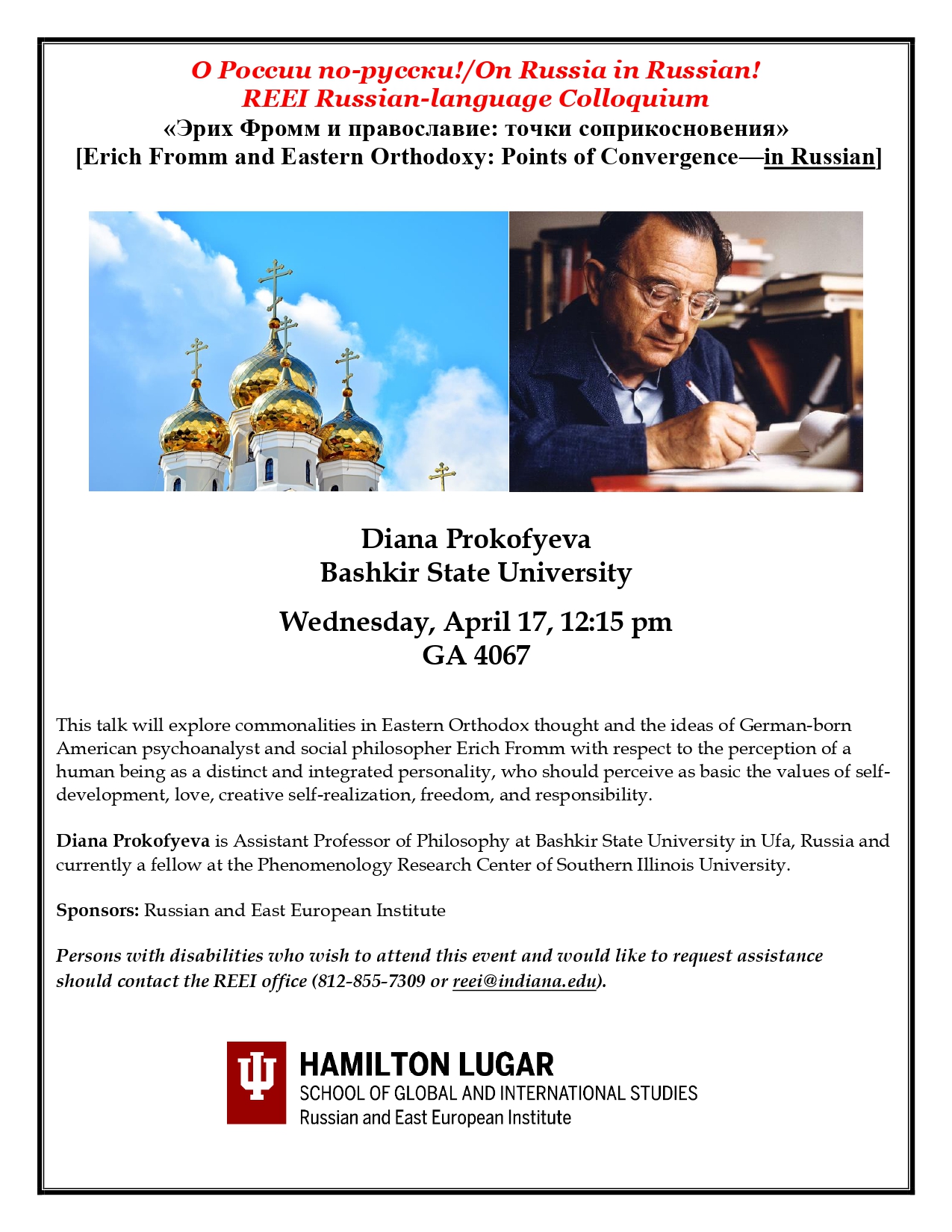 [Dialect and Sociolect in the Work of N. S. Leskov]

[Professional Ideology for an Elusive Profession]

[Between Play and Reality: Children’s Supernatural Beliefs in the Digital Age] 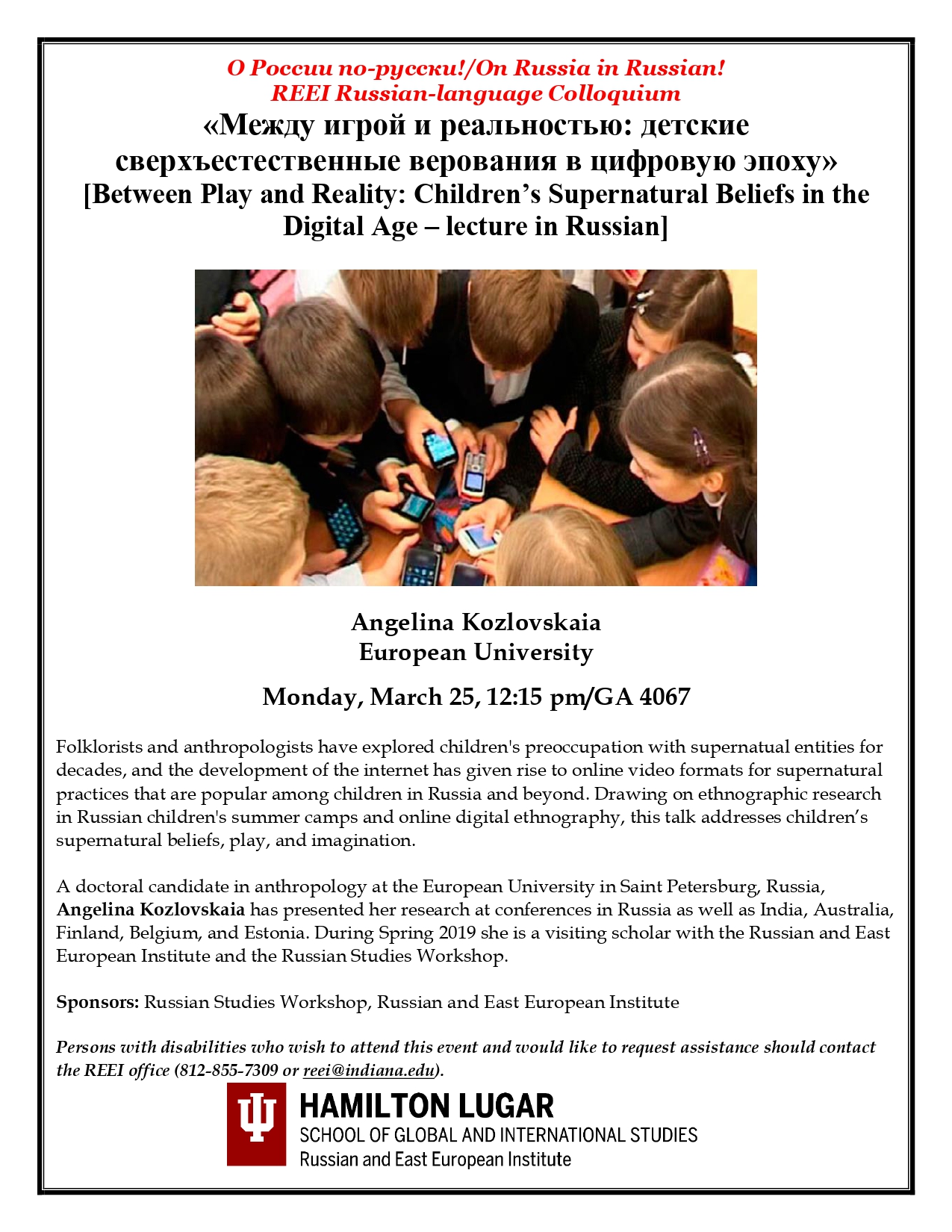 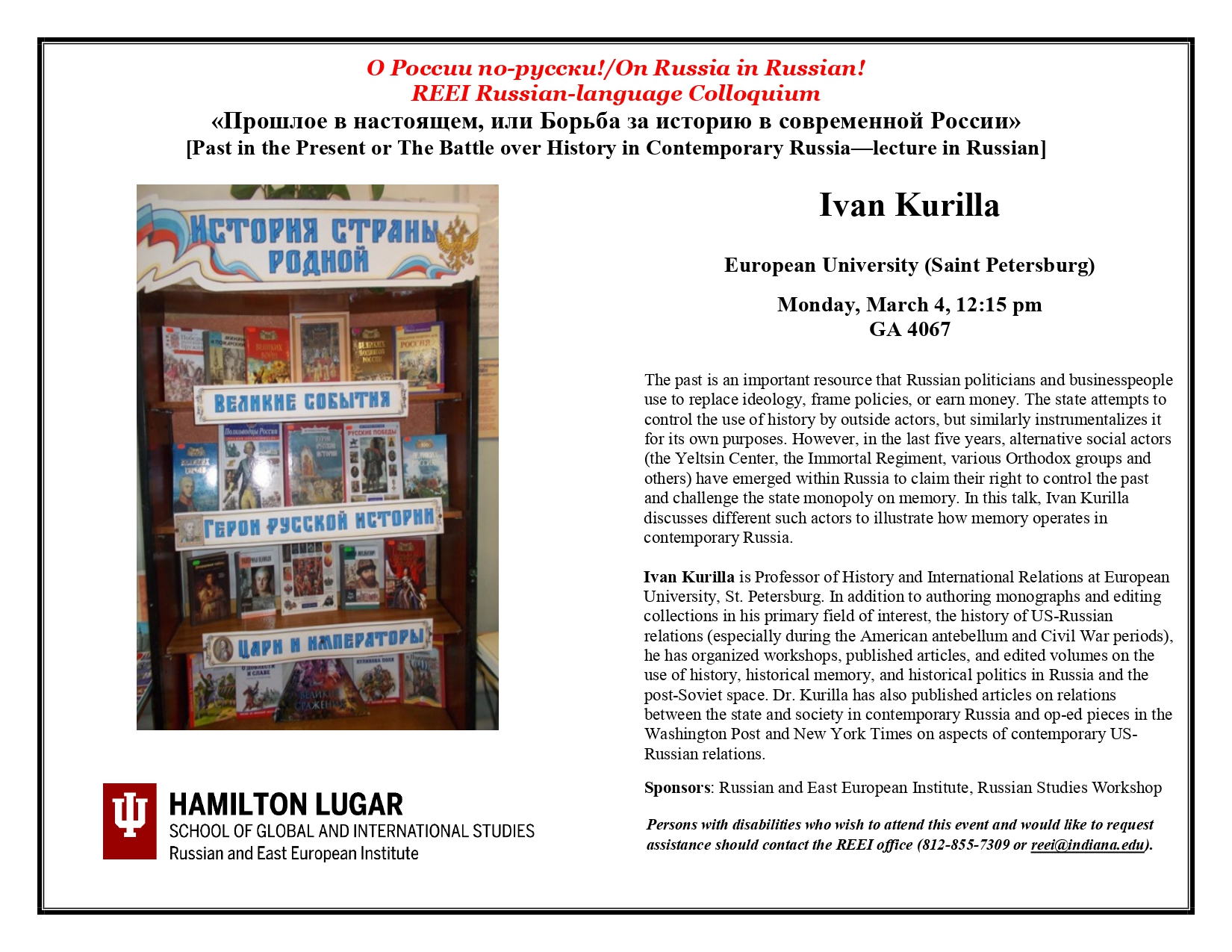 [The Internal Other in Russian political discourse: rationalization of
otherness or myth creation? [lecture in Russian] 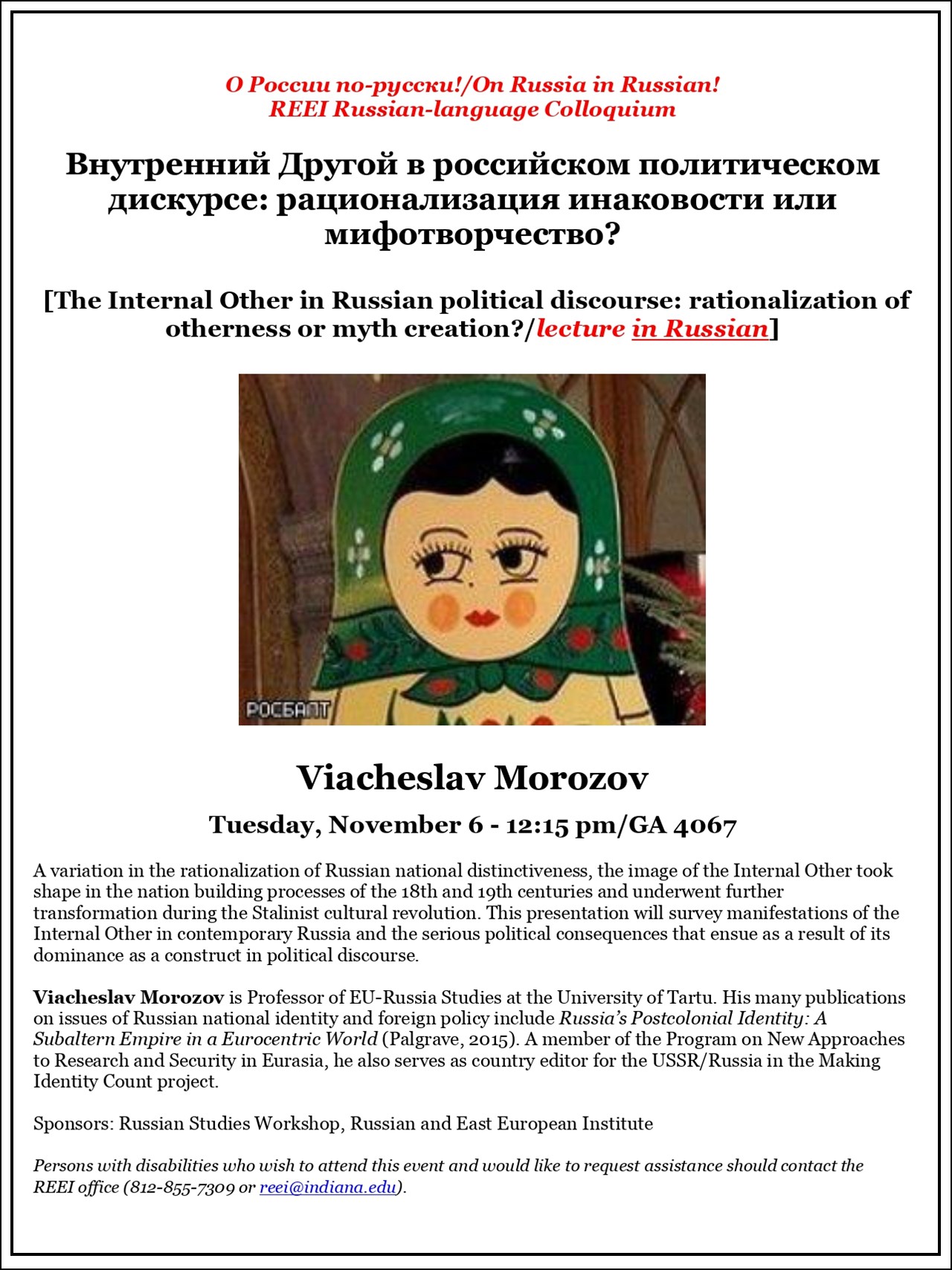 [The new wave of Russian urbanization: high-rise construction, digital technologies, and impacts on the sociality of large cities] 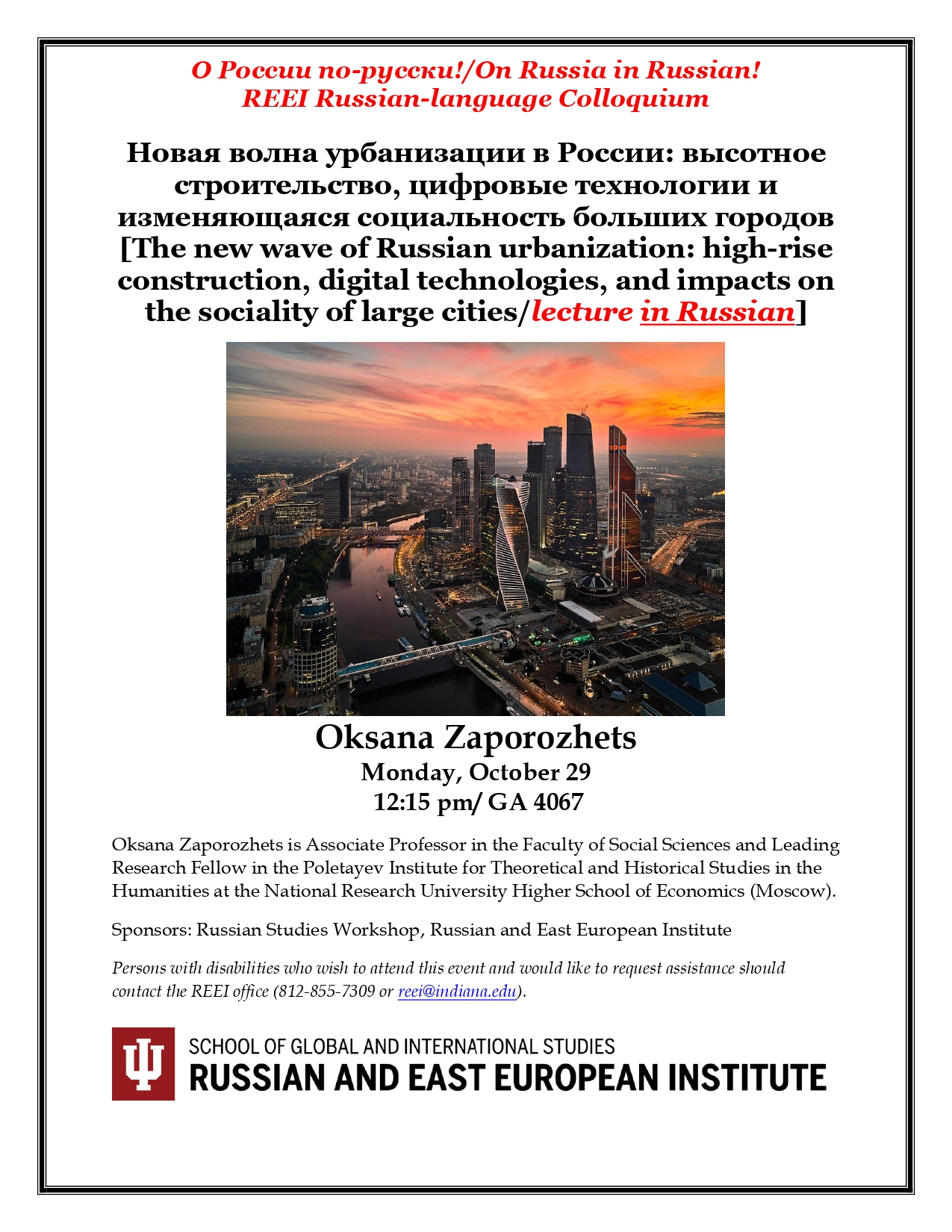 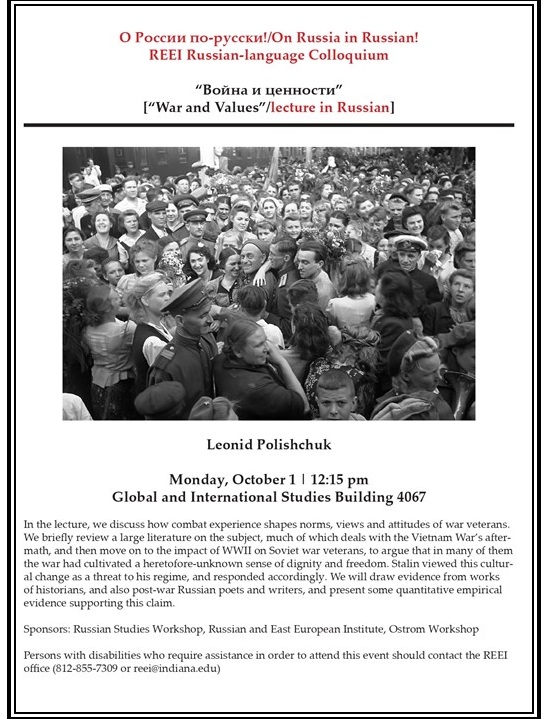 Living by “the code” 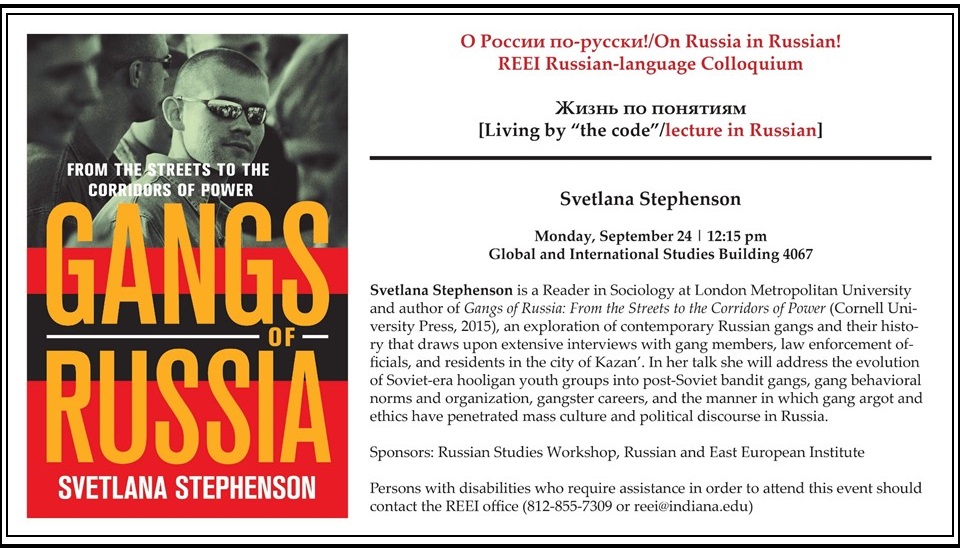 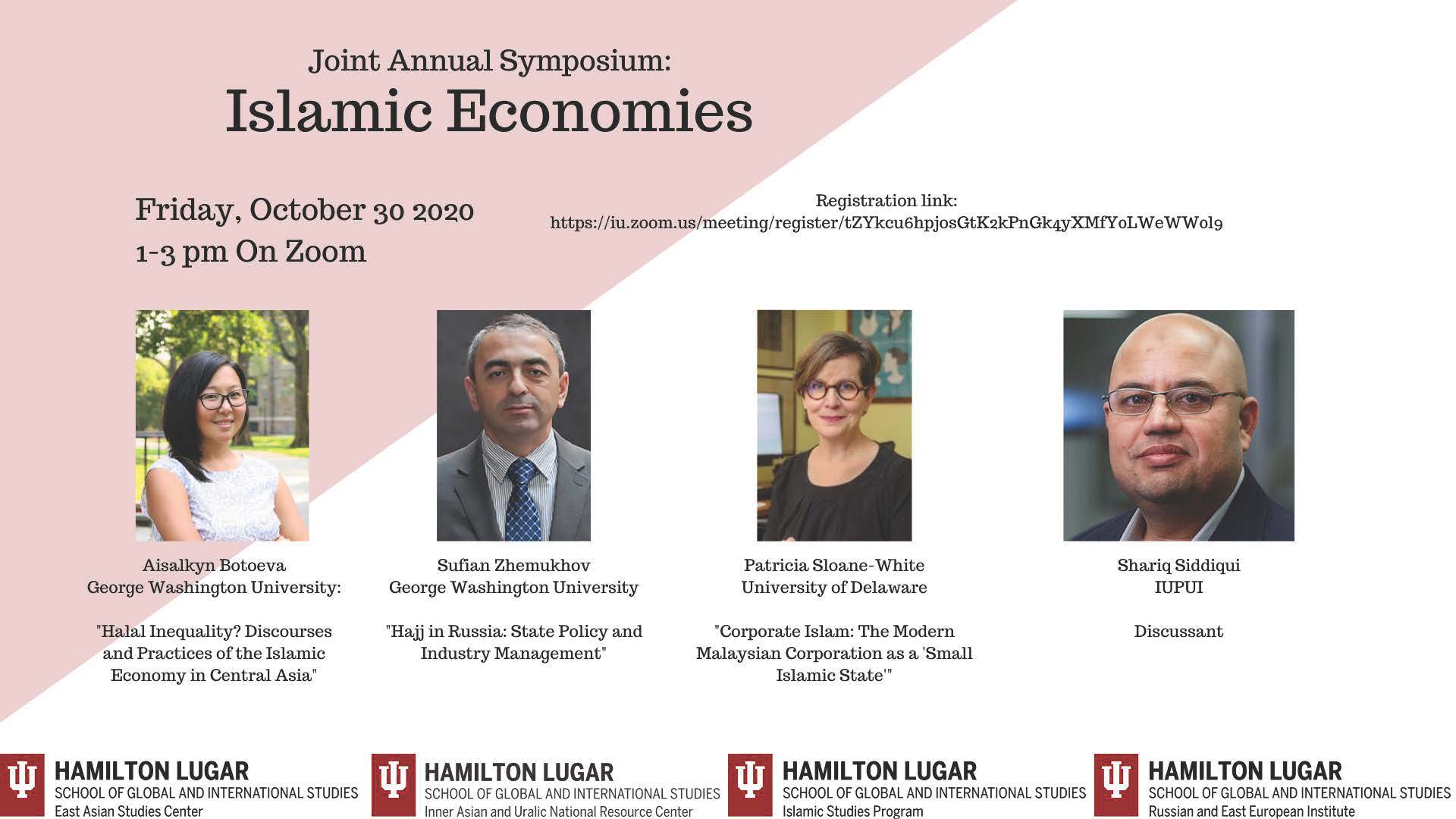 “Halal Inequality? Discourses and Practices of the Islamic Economy in Central Asia” Despite the “economy of poverty” that the Quran posits as central to Islamic ethics, religious authorities and actors within the Islamic economy of the region have largely declined to address the ethical questions that are raised by the growing divide between the haves and the have-nots. Rather, religious authorities and business interests have been primarily concerned with "halalifying" goods and services in the market, and in so doing they are also "halalifying" the social inequality arising within the Islamic economic sector.

Dr. Botoeva is a sociologist with broader research interests in socio-economic development and how people make economic decisions (e.g., regarding savings, borrowing, running a business, paying taxes) in the face of uncertainty.

“Hajj in Russia: State Policy and Industry Management” The Hajj industry in Russia reflects the dynamics of Islam in different Russian regions, including the socio-economic realities of class, gender, and age, as well as political relations between the state and Muslim groups. Of the five pillars of Islam, Hajj is the easiest to evaluate economically and statistically, because it requires crossing borders and international travel. Even before states developed modern customs and borders, it was possible to evaluate Hajj industry indirectly. For example, many pilgrims added title “Hajji” to their names. These modern and archaic indicators help to evaluate Russia’s state policy and industry management of Hajj since the Mongol empire, through the division of sharia schools, to the Soviet era, and nowadays.

Dr. Zhemukhov is the co-author of Mass Religious Ritual and Intergroup Tolerance: The Muslim Pilgrims’ Paradox (with Mikhail A Alexseev; Cambridge: Cambridge University Press, 2017) and Putin’s Olympics: The Sochi Games and the Evolution of Twenty-First Century Russia (with Robert W. Orttung ; New York and London: Routledge, 2017).

“Corporate Islam: The Modern Malaysian Corporation as a ‘Small Islamic State’” I show how pious corporate owners seek to regulate the lives and experiences of ordinary Malaysian Muslims in workplace settings, just as the state-based authorities seek to do so in Muslim private and public life. In corporate Islamic business life, the workplace has become not just a place to work, but a site of moral and pious regulation in sharia-inspired and sharia-compliant organizational structures—what some corporate elites envision as “a small Islamic state.” In Malaysia the Muslim corporation has become, in effect, the state’s sharia-ized proxy, its corporate sharia elite its leaders, and its personnel, in effect, its regulated citizens.

Dr. Sloane-White has researched Islam, Muslim entrepreneurship, and corporate business in Malaysia for nearly 30 years and has written numerous articles on the Malaysian Muslim middle class, gender, shariah, zakat, and the Muslim workplace. Her most recent book is Corporate Islam: Sharia and the Modern Workplace (Cambridge University Press, 2017). 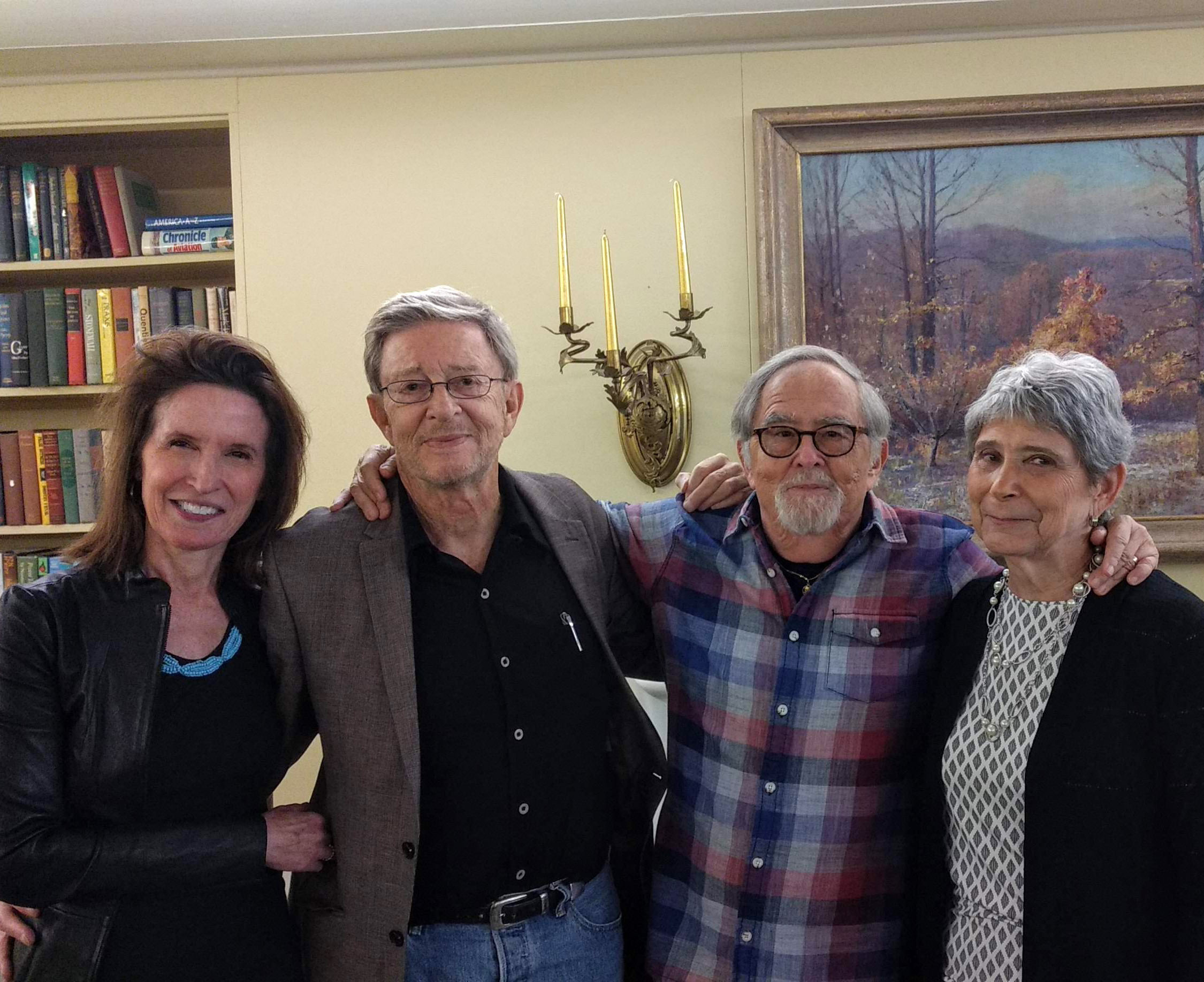 Stephen F. Cohen and Alexander Rabinowitch Reflect on Six (plus!) Decades of Scholarly and Personal Engagement with Russia 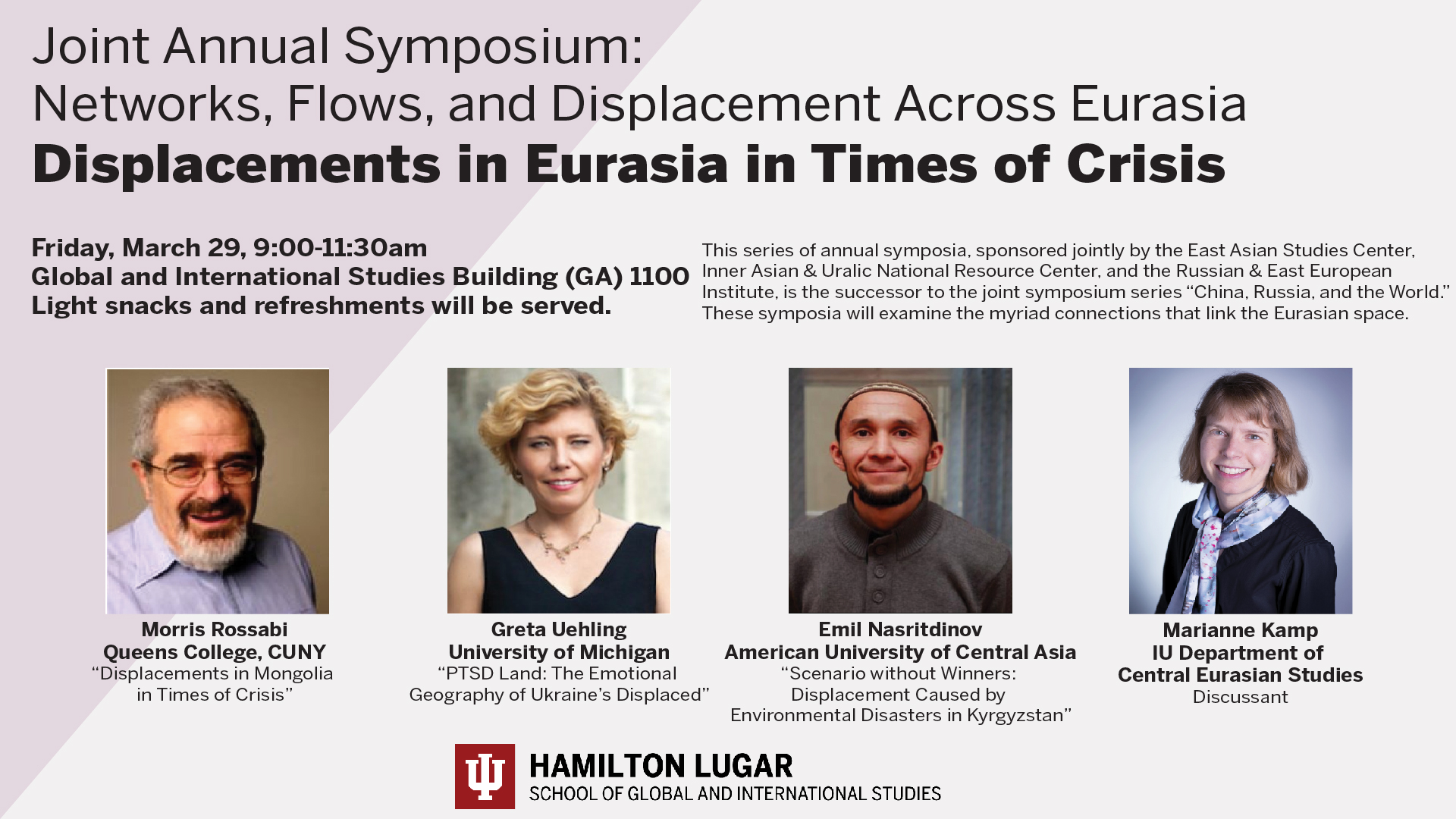 This series of annual symposia, sponsored jointly by the East Asian Studies Center, Inner Asian & Uralic National Resource Center, and the Russian and East European Institute, is the successor to the joint symposium series, "China, Russia, and the World." These symposia will examine the myriad connections that link the Eurasian space. This year's symposium took place on Friday, March 29, 2019, at the Hamilton Lugar School of Global and International Studies. Presented at this symposium: "Displacements in Mongolia in Times of Crisis" by Morris Rossabi, Queens College, CUNY "PTSD Land: The Emotional Geography of Ukraine's Displaced" by Greta Uehling, University of Michigan "Scenario without Winners: Displacement Caused by Environmental Disasters in Kyrgyzstan" by Emil Nasritdinov, the American University of Central Asia with Marianne Kamp, IU CEUS as moderator and discussant. 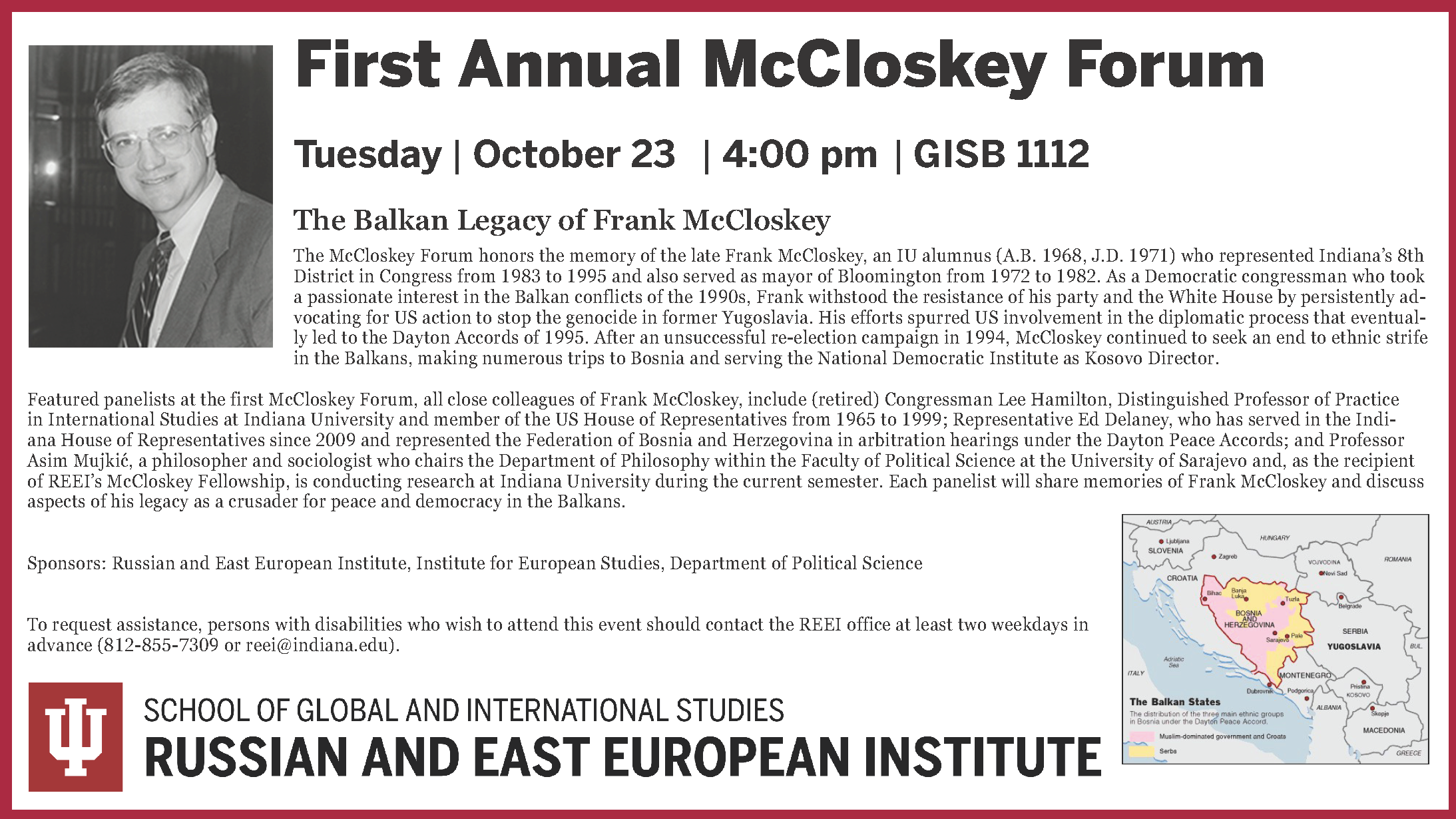 The McCloskey Forum honors the memory of the late Frank McCloskey, an IU alumnus (A.B. 1968, J.D. 1971) who represented Indiana’s 8th District in Congress from 1983 to 1995 and also served as mayor of Bloomington from 1972 to 1982. As a Democratic congressman who took a passionate interest in the Balkan conflicts of the 1990s, Frank withstood the resistance of his party and the White House by persistently advocating for US action to stop the genocide in former Yugoslavia. His efforts spurred US involvement in the diplomatic process that eventually led to the Dayton Accords of 1995. After an unsuccessful re-election campaign in 1994, McCloskey continued to seek an end to ethnic strife in the Balkans, making numerous trips to Bosnia and serving the National Democratic Institute as Kosovo Director.

Featured panelists at the first McCloskey Forum, all close colleagues of Frank McCloskey, include (retired) Congressman Lee Hamilton, Distinguished Professor of Practice in International Studies at Indiana University and member of the US House of Representatives from 1965 to 1999; Representative Ed Delaney, who has served in the Indiana House of Representatives since 2009 and represented the Federation of Bosnia and Herzegovina in arbitration hearings under the Dayton Peace Accords; and Professor Asim Mujkić, a philosopher and sociologist who chairs the Department of Philosophy within the Faculty of Political Science at the University of Sarajevo and, as the recipient of REEI’s McCloskey Fellowship, is conducting research at Indiana University during the current semester. Each panelist will share memories of Frank McCloskey and discuss aspects of his legacy as a crusader for peace and democracy in the Balkans. 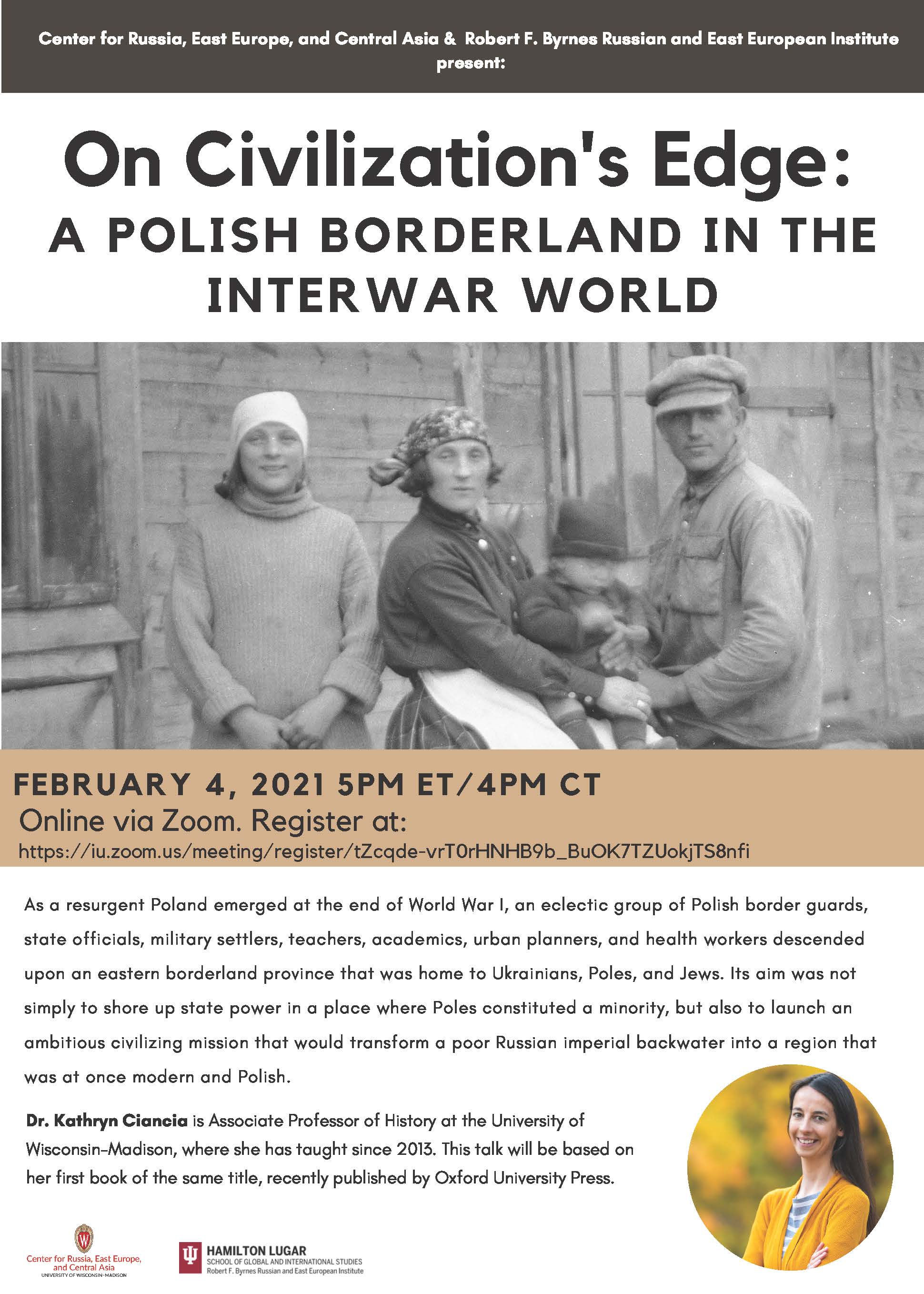 As a resurgent Poland emerged at the end of World War I, an eclectic group of Polish border guards, state officials, military settlers, teachers, academics, urban planners, and health workers descended upon an eastern borderland province that was home to Ukrainians, Poles, and Jews. Its aim was not simply to shore up state power in a place where Poles constituted a minority, but also to launch an ambitious civilizing mission that would transform a poor Russian imperial backwater into a region that was at once modern and Polish.

Dr. Kathryn Ciancia is Associate Professor of History at the University of Wisconsin-Madison, where she has taught since 2013. This talk will be based on her first book of the same title, recently published by Oxford University Press. 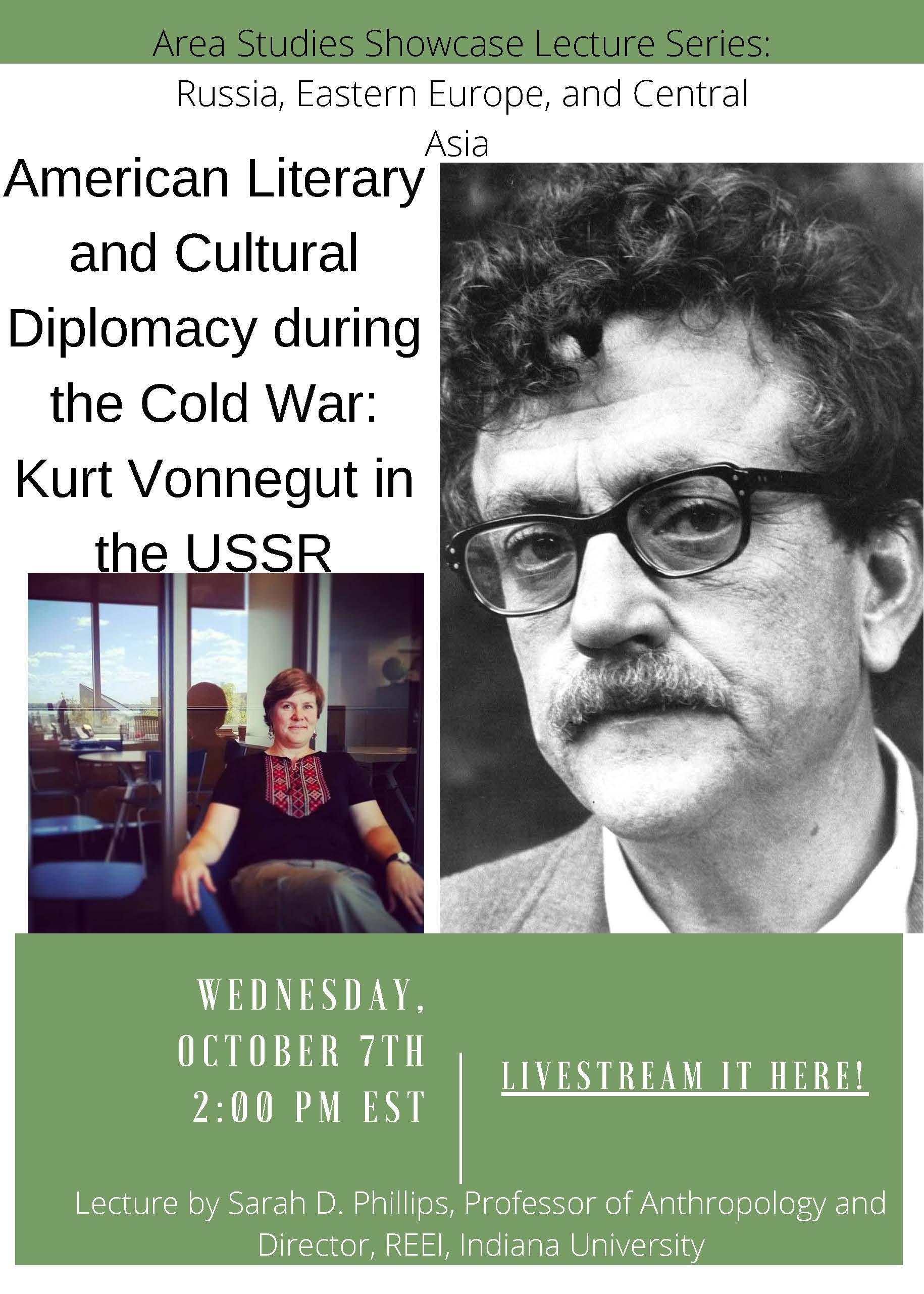 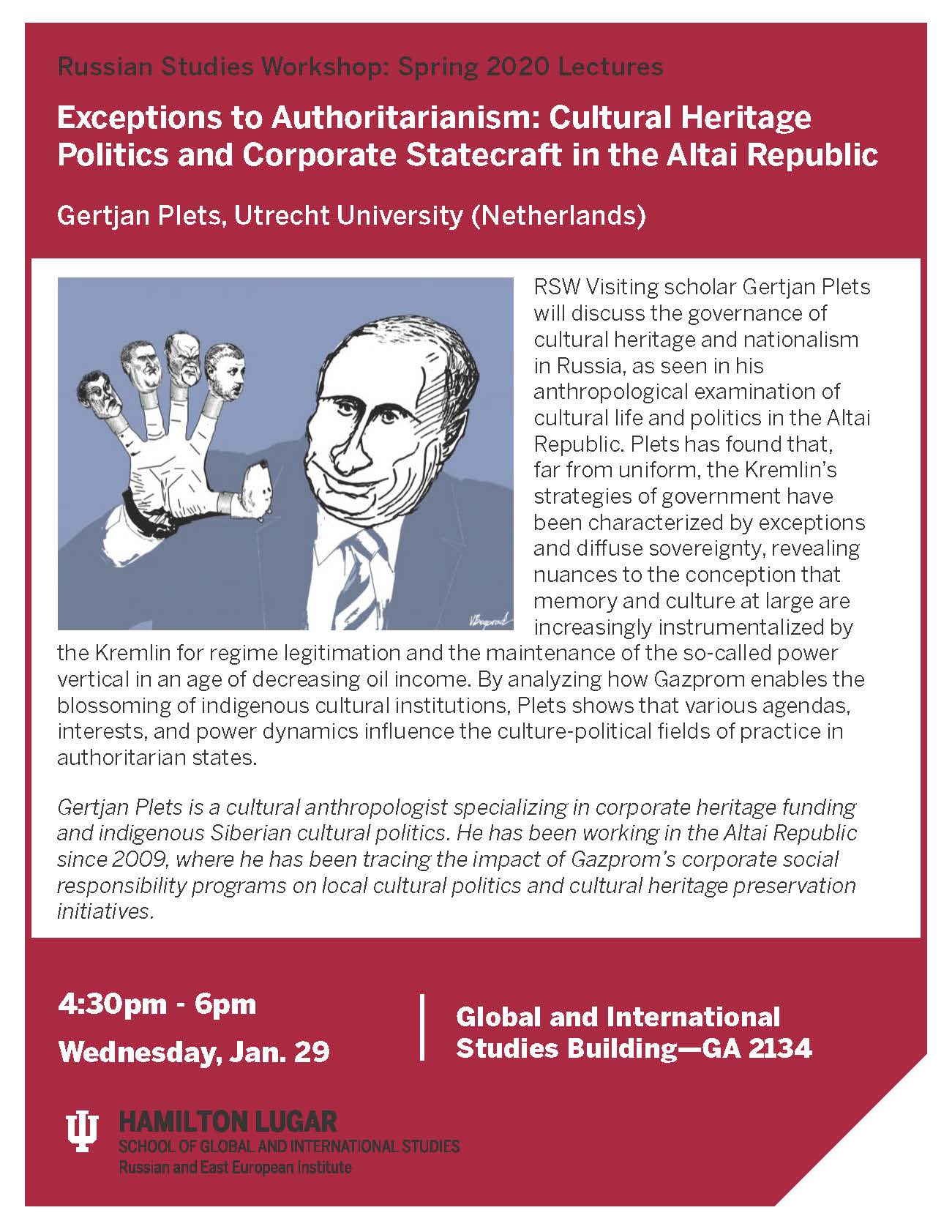 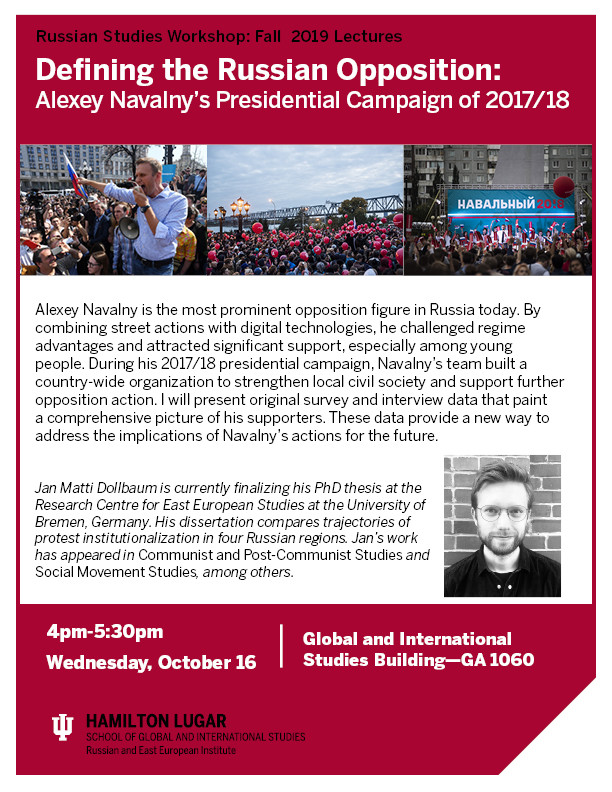 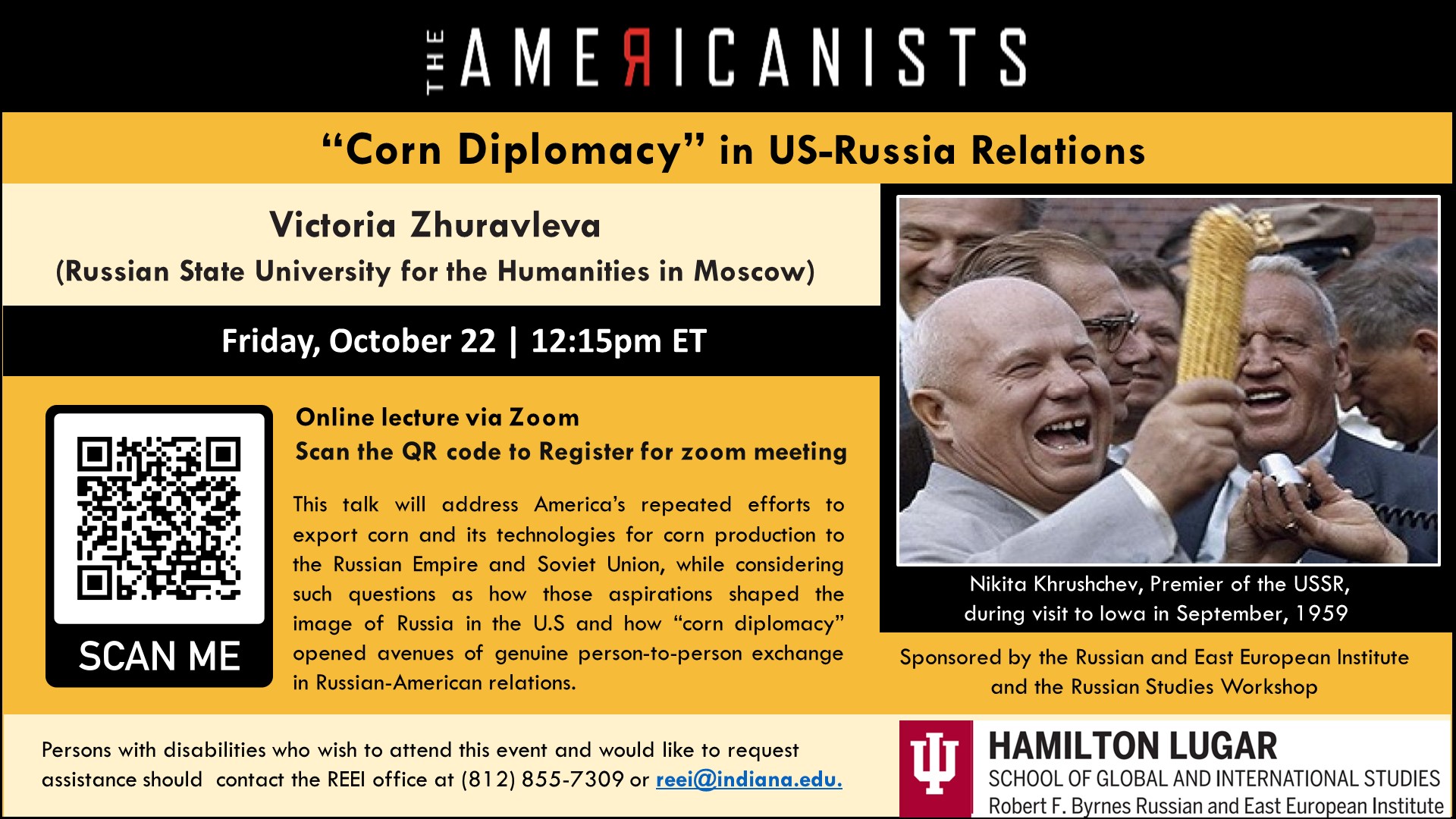 “Corn Diplomacy” in US-Russia Relations by Victoria Zhuravleva, Russian State University for the Humanities in Moscow.

This talk will address America’s repeated efforts to export corn and its technologies for corn production to the Russian Empire and Soviet Union while considering such questions as to how those aspirations shaped the image of Russia in the U.S and how “corn diplomacy” opened avenues of genuine person-to-person exchange in Russian-American relations. 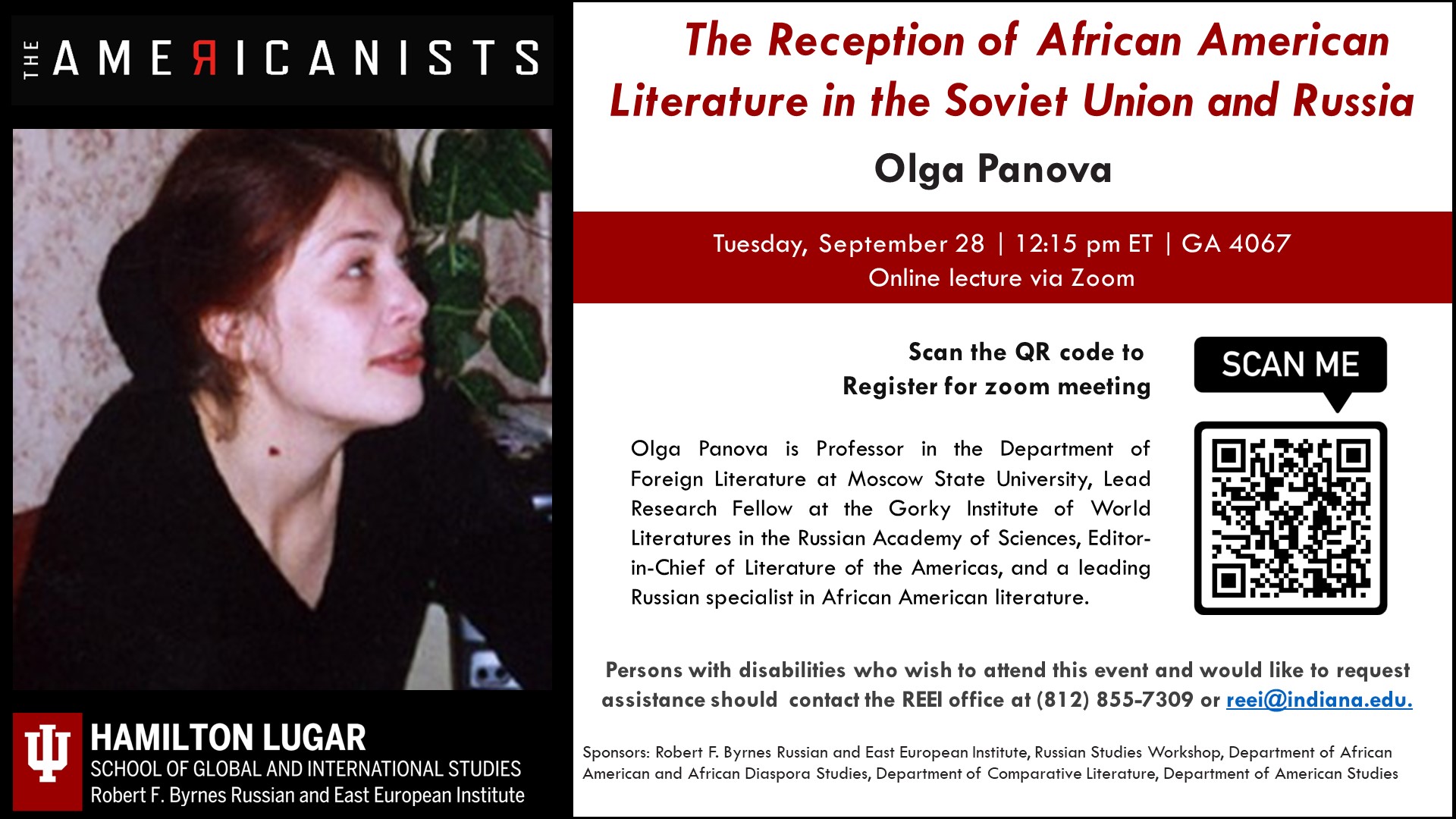 Olga Panova is Professor in the Department of Foreign Literature at Moscow State University, Lead Research  Fellow at the Gorky Institute of World Literatures in the Russian Academy of Sciences, and Editor-in-Chief of Literature of the Americas. A leading Russian specialist in American literature and African American literature, in particular, she is the author of Цветные миры: Американская литература в поисках национальной самобытности [Worlds of Color: American Literature in Search of National Identity]  (Moscow University Publishers, 2014) as well as articles devoted to the works of Phyllis Wheatley, Claude  McKay, Ralph Ellison, and Richard Wright. 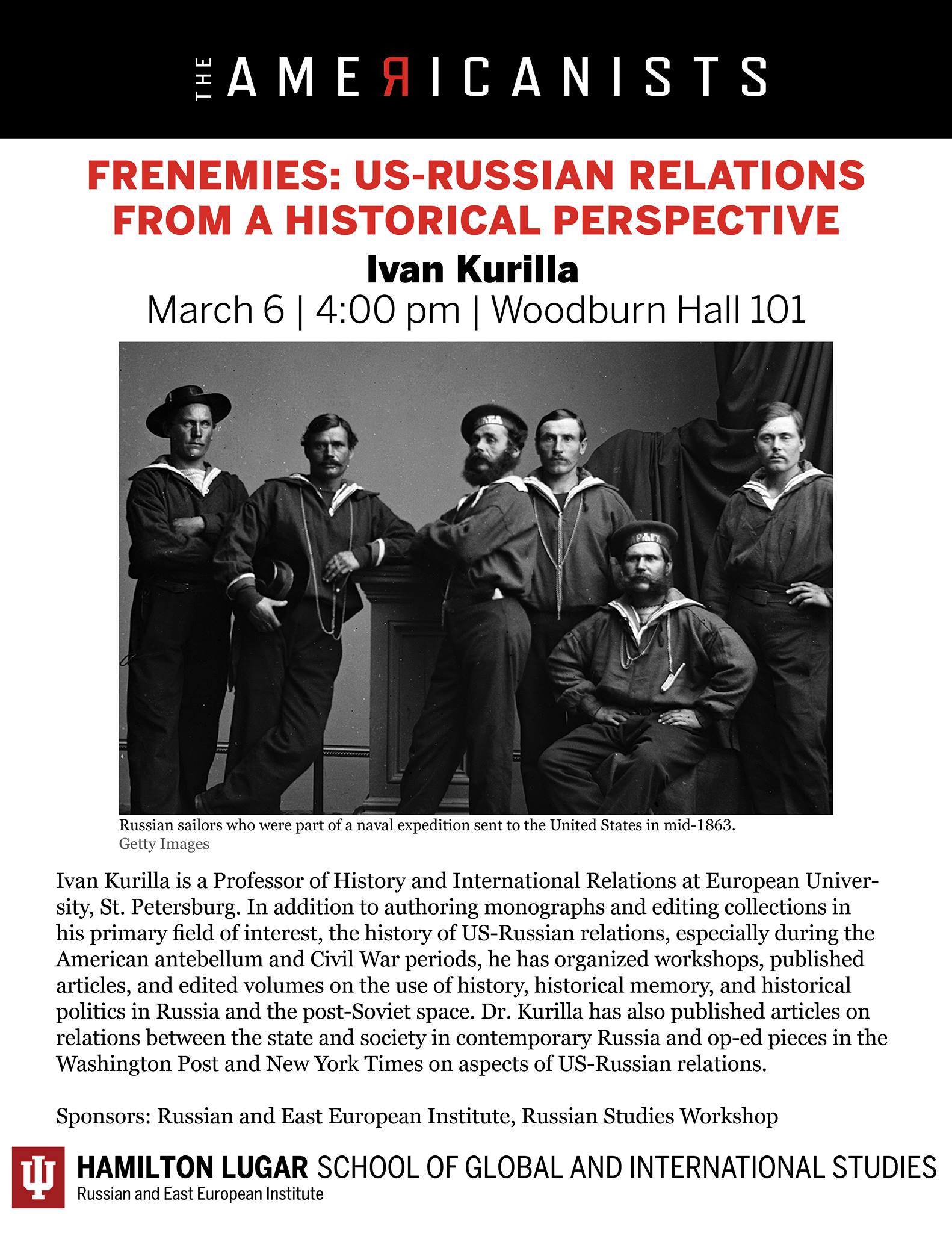 The inaugural talk of REEI's lecture series "The Americanists" was given by Ivan Kurilla on Wednesday, March 6, 2019, at Indiana University - Bloomington. The event was sponsored by the Russian and East European Institute and the Russian Studies Workshop.

Ivan Kurilla is a Professor of History and International Relations at European University, St. Petersburg. In addition to authoring monographs and editing collections in his primary field of interest, the history of US-Russian relations (especially during the American antebellum and Civil War periods), he has organized workshops, published articles, and edited volumes on the use of history, historical memory, and historical politics in Russia and the post-Soviet space. Dr. Kurilla has also published articles on relations between the state and society in contemporary Russia and op-ed pieces in the Washington Post and New York Times on aspects of contemporary US Russian relations.