The Hoosier Connection: From Gary to Sarajevo – The Life of Saint Varnava

Although some 5000 miles separate Gary (Indiana) and Sarajevo (Bosnia and Herzegovina), the two cities share a connection through Saint Varnava the Confessor. Born in Gary on January 31, 1914 as Vojislav Nastić, he received the name Varnava (Barnabas) when he took monastic vows at Mileševa Monastery in Serbia in 1940. His short but eventful life came to an end in 1964. After a little over four decades, he was canonized by the Serbian Orthodox Church on May 15, 2005, in recognition of his steadfast Orthodox faith in the face of persecution by Yugoslavia’s communist regime. 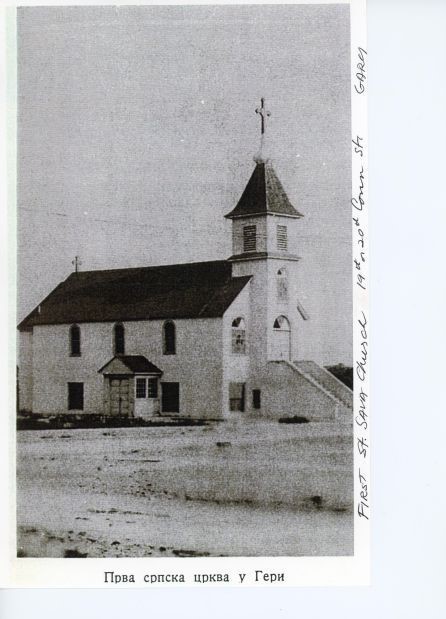 The son of Serbian immigrants, Vojislav was the first person to be baptized at the newly opened Saint Sava Serbian Orthodox Church in Gary (the church is now located in Merrillville, Indiana). He spent his first seven years in Gary, Indiana, where his family maintained a residence near 12th Avenue and Madison Street. Vojislav excelled in both his educational and religious development, showing promise as a primary-school student at Gary’s Froebel School as well as an altar boy and cantor. He was especially popular for his ability to sing Serbian folktales and ballads. Vojislav’s gifts as a singer even caught the attention of talent scouts who sought to make him a Hollywood star, a proposal that his father rejected out of hand.* 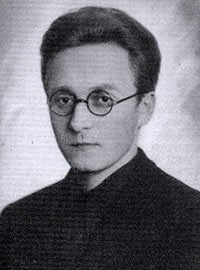 Vojislav as a student in the 1930s

Disillusioned with the American way of life, in 1921, Vojislav’s father decided to move his family back to their homeland in the Kingdom of Serbs, Croats, and Slovenes (later Yugoslavia). There Vojislav attended school in Sarajevo, recording high marks that ensured his entrance into the prestigious Faculty of Theology in Belgrade, where he was known amongst his colleagues and professors for his kindness, intelligence, and rock-solid faith. In 1937, he graduated first in his class and was quickly appointed a catechist in Sarajevo. Upon taking monastic vows in 1940 under the name of Varnava, he was ordained a hierodeacon.

Deacon Varnava’s commitment to his faith throughout World War II led to his consecration as Bishop of Hovsno and administrator of the diocese of Sarajevo. But his piety also incurred the wrath of Yugoslavia’s newly established Communist government, which accused him of spying for the United States and subverting the Communist regime. His trial coincided with the trials of the Croatian Catholic Archbishop Aloysius Stepinac and Bosnian Imam Kasima Dobrača. The near simultaneous arrest of the prominent representatives members of the three different faiths has led some to theorize that Bishop Varnava was just the unlucky token Orthodox victim in a system that sought to avoid any semblance of favoritism towards one religion. However, Bishop Varnava’s outspoken criticism of the new regimes’ treatment of religion certainly won him no friends among the Yugoslav secret police. 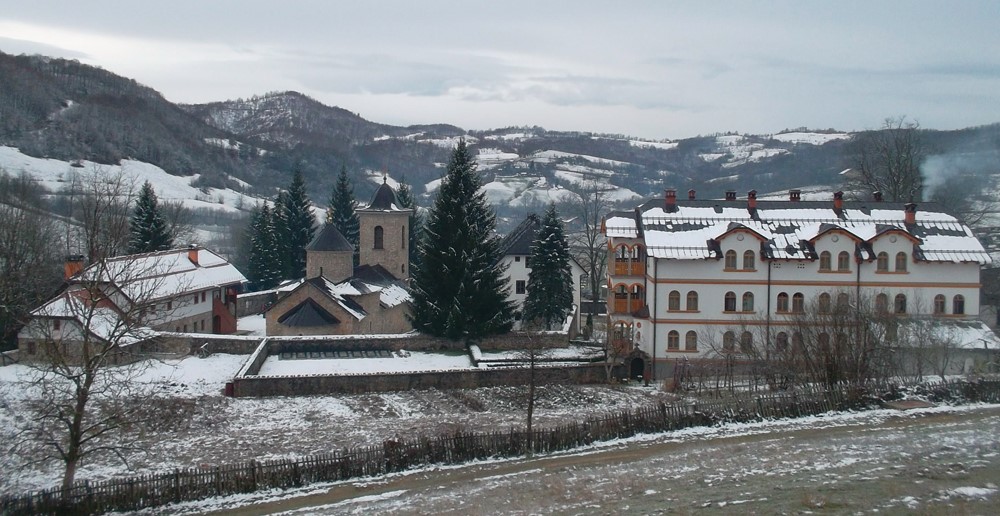 In 1947, Bishop Varnava was convicted and sentenced to 20 years imprisonment in the Zenica labor camp. The verdict elicited an outcry from the Orthodox, Muslim, Catholic, and Jewish communities of Sarajevo. In the wake of intense domestic pressure, he was moved from the Zenica camp to one in Sremska Mitrovica. However, while on transit to his new location, the train that transported Bishop Varnava and several other prisoners de-coupled their car, leaving it on the tracks where it was hit by another freight train. Only 10 prisoners survived, including Bishop Varnava. In the aftermath the police refused to allow doctors to treat Bishop Varnava for several hours, but he survived what many consider to be the first of various attempts on his life. Word of the incident spread beyond Yugoslavia’s borders, provoking an international backlash over Yugoslav treatment of religious officials and resulting in Bishop Varnava’s release from prison and transfer to house arrest in the Gomionica Monastery, in the vicinity of Banja Luka, in 1958. Bishop Varnava was allowed to leave the monastery in 1960, but harassment and surveillance by the Yugoslav secret police continued until his death in 1964.

Bishop Varnava maintained ties with Saint Sava Serbian Orthodox Church and the Serbian-American community in northwest Indiana throughout his life in Yugoslavia. Relatives in Gary helped him obtain a car so that he could elude police surveillance in his comings and goings. The car, a Peugeot, was purchased in Paris and delivered to Bishop Varnava by his brother. Saint Sava Serbian Orthodox Church was active in seeking an end to Bishop Varnava’s imprisonment and unsuccessfully attempted to bring him to the US for its 50th anniversary in 1964. Daisy Wuletich, an active parishioner, corresponded with and even visited Varnava in Yugoslavia. Shortly after his death, her “Martyr to Communism,” a play based on Varnava’s life, was performed by parish children in the church’s auditorium in 1965.

On May 15, 2005, Bishop Varnava became the first American-born Serbian to be proclaimed an Orthodox saint. His feast day is celebrated on October 30 according to the Julian calendar. The parish of his baptism in Gary more than a century ago now commemorates him as patron saint of the Historical Society at St. Sava Serbian Orthodox Church.

* It is probable that Vojislav was a childhood acquaintance of Hollywood actor Karl Malden, two years older and a fellow parishioner at Saint Sava under his birth name Mladen Sekulovich--another Hoosier connection with Russia/Eastern Europe that will figure in a future issue of REEIfication!